Going for the Record

Bruce Hopkins wants to take his dad and brother's ashes back home to Rakiura/Stewart Island. He’s just taking the long way to get there. The long, long way.

Subscribe to The Long Way Home for free on iTunes, Spotify, RadioPublic or wherever you listen to your podcasts.

Bruce Hopkins is in Te Wai Pounamu, on the second leg of Te Araroa. 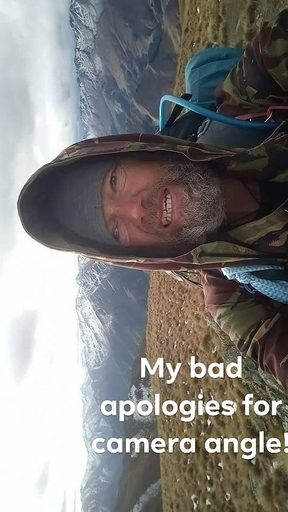 Too cold to use his hands properly, Bruce tries to take a photo somewhere near Wanaka. Photo: Bruce Hopkins

“Bloody hell when you think you have survived the hardest sections Te Araroa throws you another.

“I got into Wanaka late yesterday. The five days from Tekapo to Lake Ohau and over the mountains to here had to have been amongst the most brutal yet.

“Knee deep snow and a close call with a fall on Day Three. Just some good bruising on one leg the result.

“Day Four was at least 20 river crossings and ridiculously steep climbing and sidling down the Timaru River valley, ending with a two hour ascent that was one of the steepest so far.

“But I survived and am now resting in Wanaka. May do another rest day tomorrow as I'm pretty shattered.

“I’m going for the record of the slowest through-walk of Te Araroa ever. But still…