Co-governance: Time to get on with it?

What is co-governance? As The Detail finds out, it's not a new concept and naysayers are being urged to get on board with it. 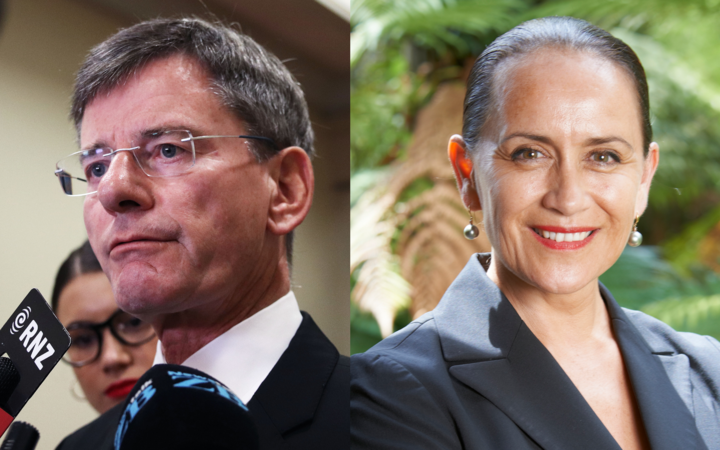 The government's been under pressure to explain what it means by co-governance in the wake of its water and health reforms.

But as former Minister for Treaty of Waitangi Negotiations Chris Finlayson explains, the concept itself is nothing new.

He says it's time to accept it and go with the flow.

While he says there's room for robust debate about the co-governance model between the Crown and iwi and hapū, Finlayson's advice for dealing with the "sour right" behind the racist, resentful rhetoric: "We've just got to leave those losers behind and move on.

"They don't like tangata whenua. They dream of a world that never was and never could be," he says.

Finlayson set up a number of co-governance arrangements during his time as a National government minister between 2008 and 2017.

Finlayson takes The Detail back to the ground-breaking signing of the Treaty settlement between the Crown and Tainui in 1995, and explains how the settlement over raupatu claims led to the formation of the Waikato River Authority.

It became the genesis of other co-governance arrangements, giving iwi an opportunity to participate directly with local or regional government to provide advice or take part in the management of a particular resource.

Finlayson says there will be tensions and aggravations.

"That's the price of moving on, just relax, just go with the flow.

"I simply say to people, one, there's a new regime, get with it folks; two, Rome wasn't built in a day."

But he is also critical of the government's handling of the debate, suggesting it needs to get out and talk to people with a simple, straightforward message.

The Detail also talks to Federation of Māori Authorities Chair Traci Houpapa, who has borne the brunt of angry abuse.

"People are saying to me: 'Why do you Māori want to change things?' 'Why are you after power and control or funding?' 'Why do you think you have any right to talk about co-governance?'"

She says if the word partnership is used instead of co-governance, "then maybe people will feel more comfortable about it."