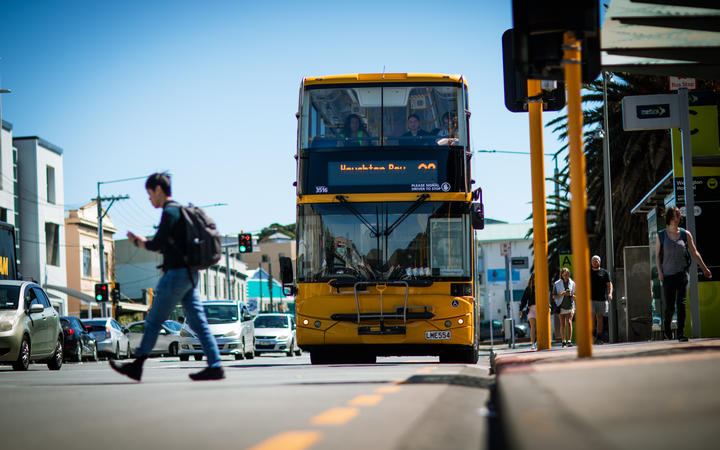 Fares on public transport are half price until the end of June, but to what extent are our bus and train trips already subsidised by the government and local councils?

Back in March, when the country was in the throes of skyrocketing petrol prices, the government made an unexpected announcement.

For three months, until the end of June, the majority of public transport in Aotearoa would be half-price.

The move, as you'd imagine, was popular with commuters who use public transport, but it led so some political misunderstandings.

When asked whether he'd like the subsidies to be continued indefinitely, National's leader Christopher Luxon said while the move would help the growing cost of living crisis, "public transport needs to stand on its own feet. It can't be subsidised or underwritten ... it has to be able to build on its own case."

It was quickly pointed out that public transport is already subsidised by the government.

"Public transport is heavily subsidised, that's where you have to start," says the NZ Herald's senior political reporter Thomas Coughlan.

"When you pay for a public transport ticket … that ticket is less than half the cost of what it takes to give you that service."

Which makes sense, if you think about it: when you pay $4 for a bus ride, you're not just paying for the petrol your bus burns (or the electricity, if you're in an area with electric buses): you're also paying the bus driver, and the bus driver's boss; you're paying for the bus itself, and the real estate where the bus sleeps at night, and various other personnel and infrastructure costs the average rider has probably never thought of.

There are four main pots of money that go towards paying for public transport, Coughlan says.

"The [price of the] ticket is the first, which is the money you hand over.

"There is a huge amount of subsidy in public transport, and it comes from many different places."

In the 2020/21 financial year, Waka Kotahi and local councils spent more than $1.2 billion on public transport – the vast majority of it going to Auckland, Wellington and Christchurch.

But the cost of the policy the government announced in March – halving the consumer cost for three months – was expected to be $25-40 million.

This relatively small outlay led to calls for the policy to be extended or made permanent.

Some called for New Zealand to follow the example of Luxembourg and make public transport completely free, inferring that the cost of this would be in the realm of $300 million – again, a relatively small outlay when you consider the billions of dollars we spent on transport every year.

But Coughlan says the sums aren't so simple: making fares completely free would lead to a surge in use, and many more services would need to be put on.