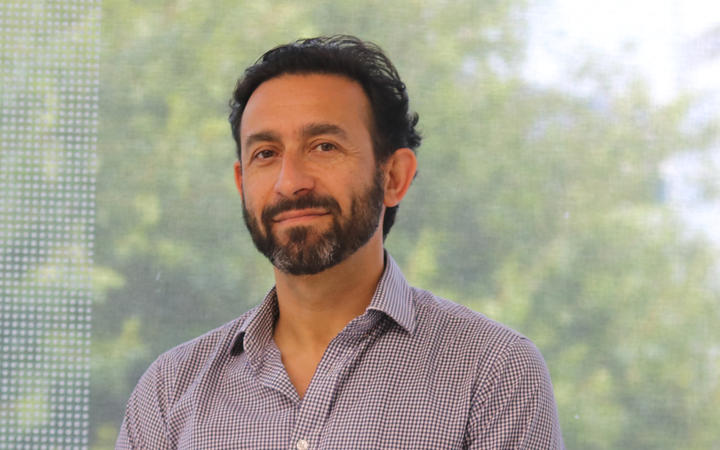 Can Raf Manji do what none of his predecessors have managed to achieve and get The Opportunities Party (TOP) into Parliament?

Manji was unveiled as TOP’s new leader earlier this month. He’s a former investment banker, a two-term representative on the Christchurch City Council and stood as an independent in the 2017 election, in what was then Gerry Brownlee’s Ilam seat.

But he, and TOP, face a difficult task: no party has ever made it into Parliament in the MMP era unless it’s been an offshoot of an existing political party, or boasts a former or current MP among its ranks.

Newsroom’s Sam Sachdeva says it’s hard for parties outside Parliament to get cut-through.

“A lot of the structures that are in place tend to be against newbies, who want to worm their way in,” he says.

Sachdeva points to the broadcasting allocation, for ads on television and radio during an election campaign, as an example. Political parties get a slice of public funding, but how much they get depends on criteria including how well they have performed in previous elections.

“It kind of entrenches the parties who have done well, who are the bigger parties, who do have seats.”

The last two elections have resulted in just five political parties being represented in Parliament – the lowest it’s been since the first MMP election in 1996.

Does this mean Parliament is lacking diversity, or is it a consequence of the bigger parties becoming broader churches?

Sachdeva says it’s a bit of both.

“The purpose of MMP when it was created was two-fold: to allow a more diverse range of parties to come in, but also to have more diversity within those parties.

“I think you’re seeing that with the growing number of Māori MPs within these parties, women, other ethnic minorities, religious affiliations.

“You had this initial flurry of voters looking around for other options … but there’s actually been a winnowing down in recent elections.”

One of the biggest barriers minor parties have getting into Parliament is getting across the 5 percent party vote threshold, unless they can win an electorate seat.

In the 2020 election, that would have meant winning more than 140,000 votes – a tall ask for an upstart political party.

An ongoing review of the electoral system is examining whether the threshold should be lowered.

But Sachdeva says the rise of extremist minor parties overseas, which have ended up holding considerable power, demonstrates there is value in having a higher threshold - and there is danger in over-idealising what minor political parties can bring to the table.

He says any substantial reform in this area is likely to take years, as it will need support from both MPs and the public and may have to go to a referendum.