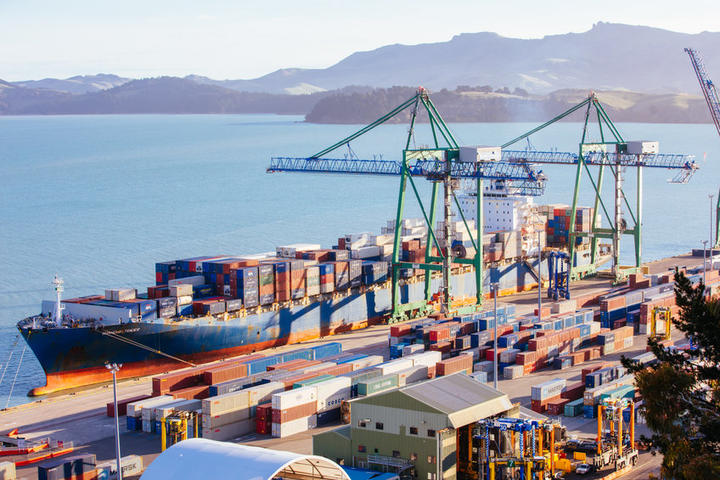 New Zealand once had a fleet of 34 vessels plying the coastal shipping route – now there is just one, the Moana Chief.

In a time of global shipping restraints, where the big international container vessels are trying to take as many shortcuts on their routes as they can, that’s a big problem.

By the time these giant boats make it to the bottom of the South Pacific, a tiki-tour around the country to drop off and pick up small loads just isn’t in their best interests.

If one of the big ports – Auckland or Tauranga – became a hub-and-spoke operation, they wouldn’t need to eat up time doing that. But such a system isn’t really on the cards without an increase of traffic on the so-called ‘blue highway’.

Exporters, importers, and just about everyone else linked to the industry want to see change, and see it soon. Even three secure coastal runs a week would be better than one fragile international pickup.

"Frankly, we're going to have to find a solution pretty quickly,” says Newsroom Pro managing editor Jonathan Milne.  “And it’s very difficult to see how that's going to be done. These are big slow solutions."

He talks to Sharon Brettkelly today about the possible revival of New Zealand coastal shipping; the chances of it actually happening; and a new Waka Kotahi report that makes moves in that direction.

"We used to have a fairly thriving coastal shipping industry, but deregulation of the 1990s allowed international ships into the mix, and with their cheap labour and bigger capacities they “undercut any chance of  local shippers getting a fair go”, says Milne.

There have been repeated discussions about getting NZ ships sailing again, but the recommendations in this new Waka Kotahi report practically repeat those of a similar Ministry of Transport report 15 years ago – which went nowhere.

However there has recently been an uptake of interest from logistics companies, and discussion about alternative fuels which would make the ‘blue highway’ greener.

In today’s podcast Milne uses the case of Nelson-based seafood exporter Sealord as an example of the uncertainties exporters face.

Pacifica Shipping’s Moana Chief, and the bigger Maersk container ships that have been visiting regional ports more recently, are erratic, says Milne. Sometimes they dock, sometimes they sail on by if they have to make up time on their schedule.

That means Sealord doesn't know whether or not a carrier will dock in Nelson and pick up the shipment of seafood.

Right now, the company's eight cool stores around the South Island are "chock-full of frozen fish,” says Milne, “and if something doesn't give soon, then they are going to have one of those crises where they're not actually going to be able to get their shipments out, and they're not going to be able to fulfil international orders, and that's really bad for New Zealand business".