Is Luxon's face the one that will stick? 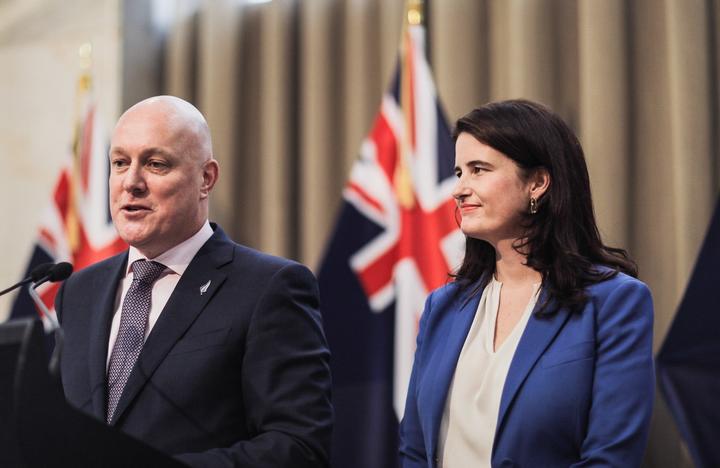 Two fresh faces at the podium, National pushing a clean slate message in electing Christopher Luxon as leader, and Nicola Willis as deputy.

Pointing out he’s made a career of reversing the fortunes of underperforming companies and drawing a parallel to his own party, Luxon promised the 413,000 voters who moved away that National is back.

But the former Air New Zealand CEO has had just a year of parliamentary experience, and even then, says Newsroom co-editor Tim Murphy, others from his 2020 intake have shone brighter.

Today on The Detail Sharon Brettkelly talks to Murphy about National’s torrid time of revolving door leadership, and asks if Luxon will be the one to stop that door spinning.

Christchurch born, Howick raised, he went to Canterbury University, worked for Unilever, went offshore to Canada to lead the group and came back to Air New Zealand.

“It’s a big job, and he held that for seven years, as CEO of Air New Zealand,” says Murphy. “They have something like 10,000 or more employees … vast billions of assets which are government owned essentially at their disposal … but it’s also an essential service.”

During that time he formed a relationship with John Key.

Luxon had Sir John in his camp for this leadership bid and was guiding him, and although Key wouldn’t have been working the phones, he didn’t need to – party members knew.

Murphy says it’s no accident that Luxon has commonalities with Key – though neither came through the tribal political ranks, both had an ambition to lead the country. Both came from a world of finance, although different worlds – and different eras.

Both have that easy-going nature – “he’s not that plastic, false guy,” says Murphy.

He also says that while Luxon has ambition, he hasn’t been walking the corridors of the Press Gallery as some self-promoters do. That might have been deliberate. He has improved his “retail politics” – his public persona – and Murphy says it would be interesting to know how much professional assistance he’s had with that this year.

Another advantage is Luxon’s relative disassociation from the turbulence of the last four – and particularly the Collins – years.

By doing so they’ve removed a potentially messy contest.

So is it Christopher or Chris, now? He was asked that at the end of his news conference yesterday and left the question hanging.

"I'm sure you guys will call me lots of other names."