Today's politicians - the slings, the arrows, the death threats 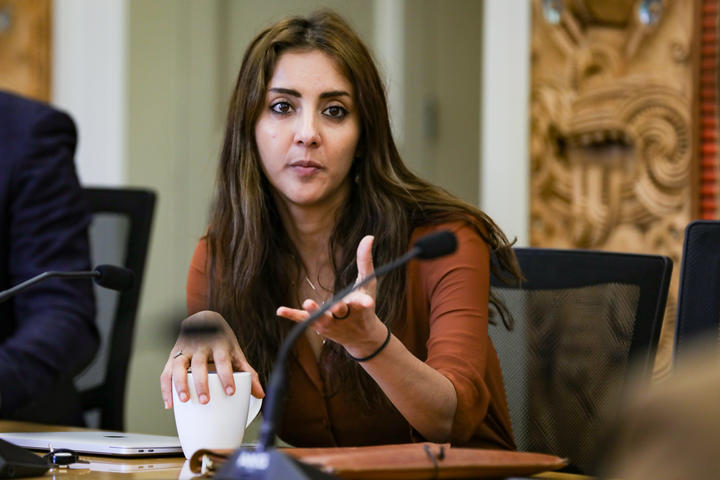 Many people really hate MPs, and that’s part of the territory. But when anger changes from satire and mocking, to death threats – we have a problem.

When National’s Steven Joyce was hit in the face with a pink sex toy at Waitangi in 2016  he knew he was in for a drubbing on social media. But current MP Simeon Brown has been the target of more serious threats, including from the Mongrel Mob, and police in May arrested a man. The Greens’ Golriz Ghahraman was given a security escort in 2019 after some vileness aimed at her.

Greens co-leader James Shaw was attacked as he walked to work at the Beehive in March 2019. The man who punched him was jailed.

There’s been nothing fatal, unlike in Britain where MPs Jo Cox in 2016, and Sir David Amess this month, were killed in their respective home constituencies.

Today on The Detail we look at the thin lines that separate mockery from abuse; and abuse from threats – and whether it’s time, in the age of social media, to recalibrate what’s acceptable to say to MPs from the safety and anonymity of our keyboards.

One common misconception is that politicians from across the divides hate each other.

But Herald senior political reporter Thomas Coughlan says one of the things people most misunderstand about parliament is that there is a kind of community aspect to working there.

“It’s a really unique job. You’re away from your family a lot, and you work really horrendous hours – and you’re often having to deal with quite unusual and ridiculous complaints from constituents,” he says.

“Most politicians are in parliament because they have quite strong convictions about where the country should go, so they’re never going to be best buddies.”

But all MPs have an induction and often cross-party friendships form across intakes.

Coughlan says MPs understand that some level of abuse in an atmosphere where emotions often run high is to some extent part of being an MP – they don’t want to have to accept it, but they know it is part of the job.

What’s happened recently though is the sheer volume of it has increased. “It’s shocked us all in the digital age,” he says. There has been some horrific correspondence.

“That level of accessibility has been bad. People who have any kind of grievance against an MP can access them quite easily.”

Emile Donovan also talks to MP Simeon Brown, who seems to attract a considerable amount of the wrong sort of attention, particularly on Twitter.

He now takes a number of security precautions to protect himself and his family after a more serious threat came to him in a private message, repeated a number of times.

“That elevated it in my mind, quite quickly,” he says. “At the same time, we live in a society which I always hope people can express very strong feelings, and say what they think, and there should be no repercussions from that.

“I think that the line, from my perspective, has to be drawn where there’s a direct incitement to violence … most New Zealanders say that’s something that shouldn’t be crossed.”