Hopefully, this is NOT how it ends 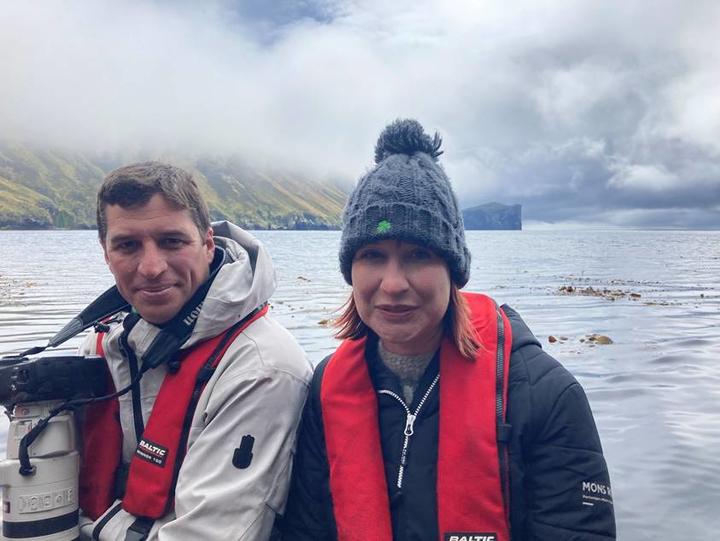 Imagine a world where kākāpō wander in our backyards. Sounds fanciful but if our catastrophic biodiversity loss can be halted and turned around soon, some dream it could happen.

The subject is explored in a docu-series on the crisis launched today in Stuff, called This Is How it Ends.

The Detail talks to journalist Andrea Vance and photojournalist Iain McGregor about their year-long project that took them from Aotea Great Barrier Island in the north, to Campbell Island/ Motu Ihupuku in the south, and east to Rangatira in the Chathams.

The series is being launched as world leaders prepare to gather in Glasgow for the big COP26 climate summit.

But it also ties in with an equally important global meeting that gets much less attention, the UN Biodiversity conference held online and in Kunming, China, last week.

Vance and McGregor looked at roughly 40 species and interviewed around 50 people, including scientists, conservation workers, iwi members and community groups for the seven-part series.

"We had incredible people give up their time and expertise, from catching bats in the middle of Fiordland to opening the fridge to the powelliphanta augusta snails, just spending hours and hours with us," says Vance.

"They have so much love and care for these creatures and you can't help but be infected by it."

They went to the lake that is so polluted it is named after an orange soft drink, trekked up mountains and scrambled over sheer cliffs to find hard-to-reach creatures on the brink of extinction. They were caught in a massive storm on Campbell Island, battled crippling sea sickness on a fishing boat off the Bay of Plenty and Vance was forced to confront her fear of huge spiders.

"The species we were trying to document, there's not many of them and they are really hard to find," says McGregor.

"Often they are small and move very fast and live in dark places. Normally when we go out and film and photograph things that's usually the fun bit and the easy bit.

"But with this project, definitely the actual doing was one of the hardest things I've ever done - but one of the most fulfilling as well."

McGregor tells The Detail's Sharon Brettkelly about his lifelong passion for kea - one is named after his son James - and learning during the filming of the project about the lead poisoning afflicting many of them.  The good news is that it is treatable, and volunteers are catching them and giving them a special solution that gets rid of the lead over time.

"Part of what the series is about, is to show some of the issues but show tangible things we can do to help them. With the kea's case, don't feed them, get rid of your lead flashings."

Vance says they were mindful of not just telling a story of doom but also exploring the successes, including the way offshore islands have been used to save species such as the black robin.

That said, Vance and McGregor were not inspired by what they saw in terms of society and government action.

"But with predator 2050 and Jobs for Nature and incentives and impetus, in an ideal world if it doesn't get worse, if it starts to get better, we'll move into a situation where we can scrap fenced sanctuaries and we can bring creatures back to New Zealand that were once extinct on the mainland and learn to live with them," says Vance.

And that's where the kākāpō comes into our backyards.

"That's the dream. We're trying to tell the story of the decline but also what we could look forward to in the future."