The barriers before you even get to Customs 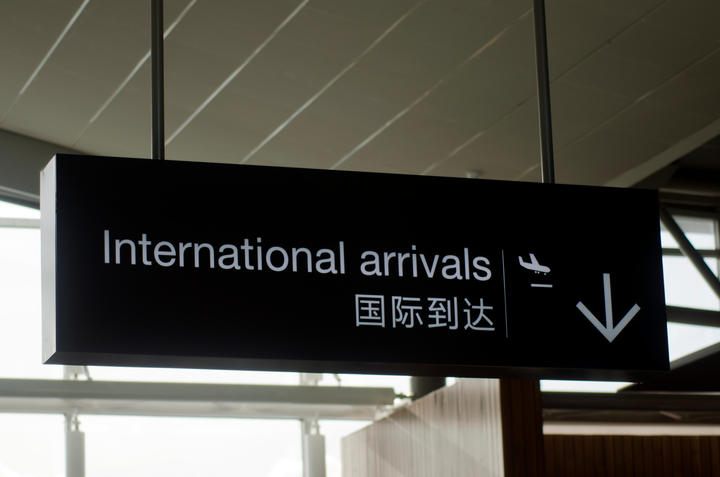 The ubiquity and affordability of air travel is one of the major developments of the past century, but the devastation Covid-19 has wreaked on the industry may have changed it fundamentally.

As some countries begin to reopen their borders to mass international travel, airlines are having to figure out what questions they need to answer; which decisions they can take of their own volition; and which must be guided by governments and international co-operation.

So, when widespread air travel does resume, what will it look like - and what questions are airlines still pondering?

On today's episode of The Detail, Emile Donovan speaks to migration expert Paul Spoonley about the issues keeping airport executives up at night, and the prospect of international flight once again becoming the preserve of the well-heeled.

Asked how many times, ballpark, he's travelled overseas in his lifetime, Spoonley doesn't miss a beat.

But like most in New Zealand, he is, and will remain, grounded at least for the short-term.

While nearly two billion people took international flights in 2020, this is less than half the number of flights taken in 2019.

Total losses to airlines stemming from the pandemic total around $US126 billion. It has spelt the end of tens of millions of jobs.

But with numerous countries around the world including the UK reopening their borders, and others including Australia seriously considering it, attention is now turning to what systems and processes need to be considered in order for this to happen in a more widespread sense.

Spoonley says the key to widespread international travel will be a vaccine passport.

"Unfortunately, at the moment, this is a bit of a nightmare.

Spoonley says one of the great unknowns of Covid is what expectations will be when it comes to the infrastructure airlines have to provide in a world co-existing with the virus.

What sorts of screening tools will be required? What sort of ventilation, or cabin architecture? Will social distancing and mask-wearing on flights be compulsory? If so, how do airlines make flights financially viable when they’ve lost a third of their capacity?

He says he expects flight prices will ratchet up as costs mount, and that this will be invariably passed on to the consumer - spelling the end of cheap, widespread travel at least for the short-term.