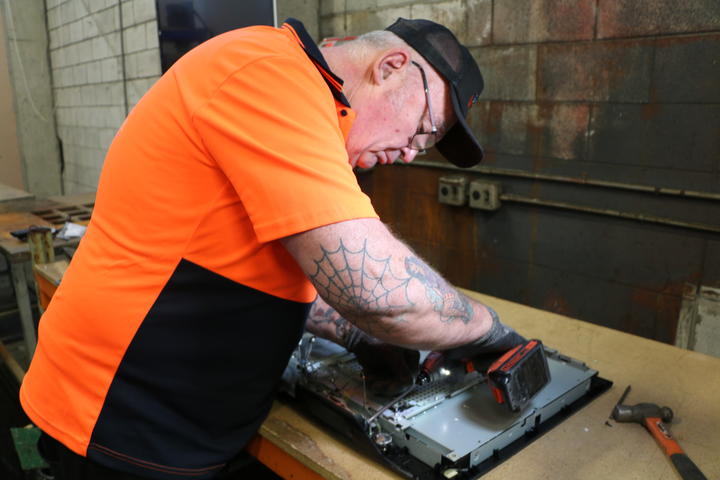 France has a repairability index, Australia is looking at Right to Repair legislation.

"We don't want to end up as being the small country that manufacturers can get away with dumping their other products on. ‘Oh, you can sell it in New Zealand because they don't have this legislation, they don't really care’."

On the eve of international repair day, to promote and celebrate the value of fixing, The Detail looks at ‘planned obsolescence’, the deliberate end-life of products that can’t be fixed; our throw-away society; and why some people are starting to opt for items that have a long shelf life if you take care of them.

Smith leads Consumer's Built to Last campaign and the push to change the information to consumers about products and which ones to buy.

"We've been testing products the same way since we started 60 years ago. It used to be an issue that so many products weren't safe," says Smith.

"The safety thing is still an issue but not so much, and more recently we're testing for performance to find out which product works better than others."

What Smith has found is there's very little difference between the products and the choice comes down to price, brand awareness and durability.

Manufacturers are under pressure to sell the product at a certain price and make a profit, and therefore they can't make it last, he says.

But the push for change is not to make manufacturers make every single part of a machine available and repairable.

"It's about knowing that there are maybe two or three failures that are quite common in most products. And if you just design to make those repairable or even make the parts available that will fix most of the problems."

Right now, though, the industry is not set up to do that.

Smith says the Consumer Guarantees Act of 1993 is a good act but needs updating. It holds manufacturers to repair, replace or refund faulty goods, but he says perhaps more emphasis should be placed on the ‘repair’ part of that.

“There’s just not enough work to keep going,” he says. “People don’t care … if something goes wrong they just go, ‘I’ll just go get a new one’.

“I’m a one man band and I work from home but you’re certainly not making any money.”