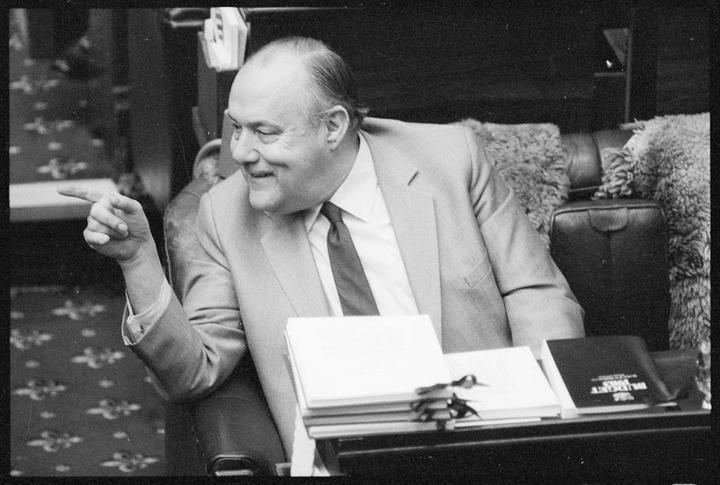 It was one of the most significant developments in the history of electoral reform in this country; one designed to address the inequity of a First Past the Post system that could allow the party with the most votes to lose an election.

Politicians could have put off a referendum on changing the system forever, were it not for a David Lange slip of the tongue – or some say, wrongly scripted notes – that promised one during the 1987 election campaign.

Today on The Detail, Stuff’s chief political reporter Henry Cooke tells us how it happened, and how it’s working out. He has written a series of pieces about the past, present and future of MMP.

He tells Emile Donovan of the dissatisfaction that arose from the National/Labour duopoly, with minor parties having too big a hurdle to jump to get any sort of representation.

The Values Party – the forerunner of the Greens – was getting a substantial number of votes but no representation; (Sir) Bob Jones started the New Zealand Party in 1984 and won well above what most minor parties win these days – again, no seats for him.

“You really had to be in National or Labour to get anywhere close to power,” says Cooke.

Among political scientists a change in system such as those used in post-war Europe was being discussed, but it never really cut through as a serious issue.

Then in both 1978 and 1981 National won two elections, in spite of getting fewer votes than Labour.

Former Labour Prime Minister Sir Geoffrey Palmer has described the governments of the 70s and 80s as ‘elected dictatorships’. Because there was no Upper House, there was little in the way of checks and balances when it came to government decisions - and power could easily be monopolised by just a few select people.

One of those people included (later Sir) Robert Muldoon, who at one stage was not only the Prime Minister but the Minister of Finance and Leader of the House.

‘It definitely put the issue into the bloodstream – and it probably helped Geoffrey Palmer, who came to Parliament around this time, push a remit that Labour, if it came to power, would initiate a Royal Commission to look at the electoral system.”

The commission had six members - academics , a retired judge, statisticians - and, crucially, no MPs, either past or present.

This was at least partly due to fears the MPs' self-interest might consciously or unconsciously trump the public's interest.

The version of MMP the commission recommended is, in some ways, very different to what we have now: it advised a threshold of four percent for a party to get into parliament, and proposed abolishing the Māori seats, saying they would become pointless in the age of proportional representation.

However, other aspects are similar to what we have today: the number of MPs would rise from 99 to 120, and constituents would have two votes: one for who they wanted their electorate MP to be, and one for their preferred party.

Although Cooke believes the system is pretty much working, there are aspects of New Zealand’s MMP that have defied European trends – he talks to Emile Donovan about them on today’s podcast.