The climate summit that could save our future 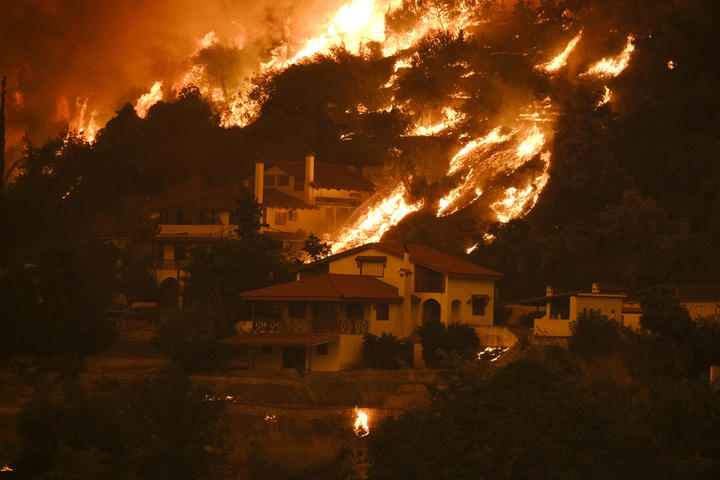 Climate Change minister James Shaw admits it is tragic and embarrassing to go to the climate conference in Glasgow with New Zealand's poor record of carbon emissions.

COP26 is billed as the most important climate meeting since Paris in 2015 when countries reached the landmark agreement to try to limit the increase in global temperatures at 1.5 degrees Celsius.

The goal for Glasgow is to keep that 1.5 alive. Leaders will report back on their progress since Paris and show just how they will cut carbon emissions.

Like many countries, New Zealand's emissions-cutting targets fall short of the level needed. In the last 30 years we’ve done pretty much nothing to improve the situation.

"But the really bad news is that virtually no other country on Earth took action in those 30 years either,” says Shaw.

“So yes, I think it is embarrassing for us, that we did have this opportunity in the early ‘90s to turn things around, and we didn’t. And now we’re trying to make up an enormous amount of lost ground in a very short period of time, which makes the transition far steeper and far more challenging.”

Today The Detail talks to Shaw and business journalist, Rod Oram who will be among the 30,000 people attending the summit.

COP is the Conference of the Parties to the UN Convention on Climate Change, an annual event of world leaders and high ranking officials. The 26 means this the group's 26th meeting.

At Paris, nations made their pledges to cut emissions, also known as Nationally Determined Contributions, or NDCs. All signatories were supposed to update their NDCs by July 31 this year, but around 70, including New Zealand, have yet to do so.

Campaigners are already having a swipe at leaders over their inaction - Greta Thunberg has called out Prime Minister Jacinda Ardern for not doing anything about climate change.

James Shaw says Paris was a breakthrough but Glasgow is also a significant milestone in terms of implementing the 2015 agreement.

"Paris was the conference where we got the new global agreement over the line, that was the result of decades of effort."

But what got Paris over the line, says Shaw, is something diplomats call "constructive ambiguity" which meant countries could interpret provisions of the agreement in different ways.

"The problem is that immediately after that we had to write a rulebook and of course a rulebook means very little ambiguity so there's been a series of ongoing negotiations and re-litigation going on."

Shaw explains Glasgow is seen as one of the last opportunities to get outstanding parts of the agreement over the line.

With the Paris period in force - 2020 to 2030 - countries around the world have collectively committed to a level of action that is insufficient to hold the temperature increases to 1.5 degrees Celsius.

Glasgow needs to rebuild the momentum after the Covid 19 pandemic forced the cancellation of last year's summit.

"It's seen as one of the last opportunities to ramp up that level of ambition around the world," says Shaw.

If the politics of COP26 leave you feeling despondent what happens at the fringes might offer hope. Rod Oram will be doing daily podcasts for Newsroom.co.nz from Glasgow.

“It’s been particularly noticeable over the last year how the UN is bringing both strands together. I am a business journalist but to me, this is the forefront of where business has to be, because business has such an important role to play.”