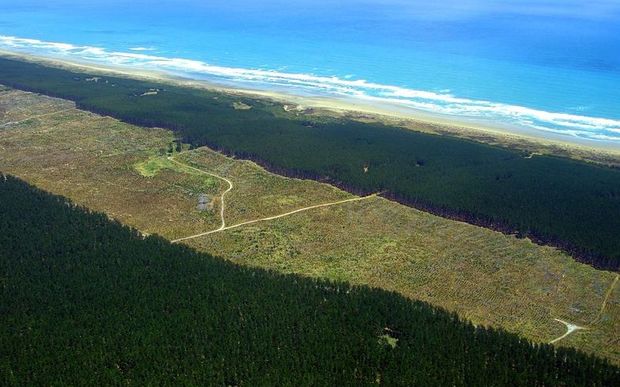 The dogs hang outs include Ninety Mile Beach and surrounding forest, but they're extremely skittish and hard to catch.  Photo: 123RF

All-night patrols with guns, baiting, trapping, surveillance cameras - Far North locals are trying everything to get rid of the feral dogs roaming the area and mauling their animals.

There was even talk of hunting by helicopter and bringing in soldiers.

It is estimated 100 wild dogs are prowling the area but the desperate efforts for months to get rid of them have failed, and the packs are growing.

Farmers say they are struggling with the cost of the attacks, financially and mentally. Anne Marie Nilsson, who has a farm just south of Cape Reinga, has lost dozens of ewes and lambs and her 15-year-old daughter has lost 36 of her angora goats.

With new fears the dogs will target lambs, farmers have stepped up efforts, supported by the local council and the Department of Conservation.

The latest strategy is a feral dog named Judy. She's been captured and a GPS monitor has been fitted to her in the hope that she can be tracked with the pack.

Today on The Detail RNZ Northland reporter Nita Blake-Persen talks to Sharon Brettkelly about the war on feral dogs in the Far North.

"It boggles my mind that this is still able to happen in a country where we're striving for Predator Free Aotearoa, to have packs of feral dogs which are not only a threat obviously to wildlife but also to stock and potentially humans," she says.

Blake-Persen tells how campers and trampers at Cape Reinga earlier in the year spotted the packs of wild dogs loitering around.

"They were pretty freaked out. You don't expect to see wild dogs in New Zealand."

And because of that, she says, there are no specific laws to deal with them.

The tracks were closed and DOC put up cameras but no dogs were seen. The tracks were reopened and nothing happened until mid-year when "they came back with a vengeance because they started targeting stock".

Blake-Persen explains why DOC and the local authorities have been hampered in their efforts to control them as they roamed through the forests and farms and beaches.