Farming the sea bed for weed 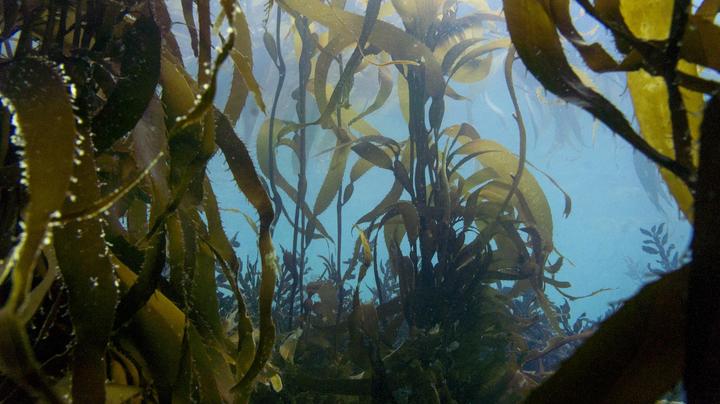 “There are times I have to ban the s-word in the house.”

Lucas Evans lives and breathes seaweed. It took one introduction to it while he was on holiday in New Zealand, for the fascination to grow and blossom into a decade long journey.

Originally from Australia, Evans went on to learn everything he could about growing and selling algae and crossed the ditch to settle in Coromandel. He’s now the founder and chief executive of his own seaweed company, Premium Seas.

“Talking to friends and family in the early days it was all seaweed but now I just don’t even bring it up because people just don’t understand. It’s a lonely sport,” he says.

But globally, Evans isn’t alone. A recent report by Sustainable Seas National Science Challenge found in 2019, the global seaweed sector was estimated to be worth nearly $NZ20.5 billion. Seaweed production has tripled over the last two decades and now makes up a third of all aquatic farming. 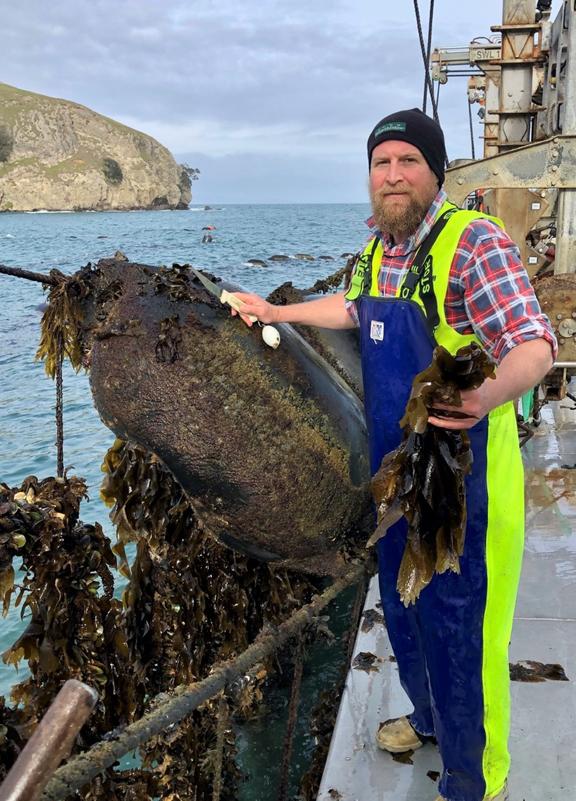 Seaweed is an algae and there are three main types of it - brown, red and green. It’s an invasive species that grows along the shore and often shows up in places where it’s considered a pest.

For many Asian countries, algae is a normal part of the diet and they’ve been growing and farming it for hundreds of years. And a lot - 85 percent - of the global seaweed market is bought for human consumption.

But in recent years new, innovative products have been made from seaweed and they make up the remaining 15 percent of what seaweed is bought for worldwide.

That second market is a golden opportunity for New Zealand, according to Dr Nigel Bradly, the chief executive of EnviroStrat, an environmental research and development company.

He says researchers have already found that feeding cows red seaweed can reduce the amount of methane produced.

“It reduces the methane they produce by over 90 percent - it’s huge,” says Bradly.

Other companies like AgriSea and Scion have made hydrogel from algae.

“That can be used for things like wound care, providing moisture for wounds,” says Bradly.

“Now, AgriSea and Scion need to have a reliable source of (seaweed) ... so you’ve got this emerging, high-value opportunity but the company still relies on beach cast.”

That’s right. It may seem too simple that the smelly and quite frankly, unattractive, stringy clumps that drift onto the coastline is the stuff that’s driving innovation, but - “Interestingly, it is,” says Bradly.

He says that’s because no one in New Zealand is specifically farming seaweed and setting up hatcheries.

Most companies coming up with new products are forced to use beach cast or bycatch on mussel lines as their source of algae, and sometimes they’re also importing it.

The hold up on seaweed farming

When Lucas Evans first started exploring the idea of growing seaweed 10 years ago, he plunged headfirst into uncharted territory.

“I’ve been through the trenches in applying for all those different certifications that are required,” he says.

He’s talking about complying with the MPI framework, consents from regional and local councils, getting food registrations - all at a time when growing algae was very foreign.

Even now, there are difficulties.

Because the seaweed Evans is growing - undaria (a popular dish in Japan) - is classified as a pest, he has to ensure it’s contained. 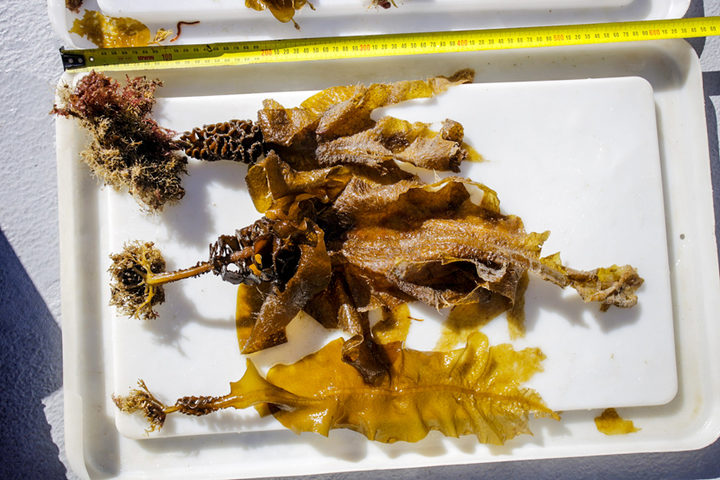 He understands why that’s important but he points to existing mussel farm operations where seaweed that gets caught on the line, is processed and “spat back out in a million pieces anyway so it’s finding its way back into the water.”

“In that way it feels a little bit ridiculous.”

Nigel Bradly likens seaweed as “a square peg in a round hole at the moment”.

“But to be fair to the government it knows [the framework isn’t designed for seaweed] and it’s working really hard so that it can enable, not prevent, a sector like this from growing.”

He says part of the reason Aotearoa has been so slow to the industry is because it’s very good at farming other aquaculture such as mussels, oysters and salmon, and there wasn’t an appetite or demand for trying out a new species.

Bradly says big global producers have very mature supply chains that New Zealand companies would have to compete with.

But the tide is changing.

Three years ago, the government set its sights on turning aquaculture from a $600 million into a $3b industry by 2035.

The Ministry for Primary Industries has funded trial projects in to the commercial viability of seaweed through its Sustainable Food and Fibre Futures fund since it was set up in 2019. 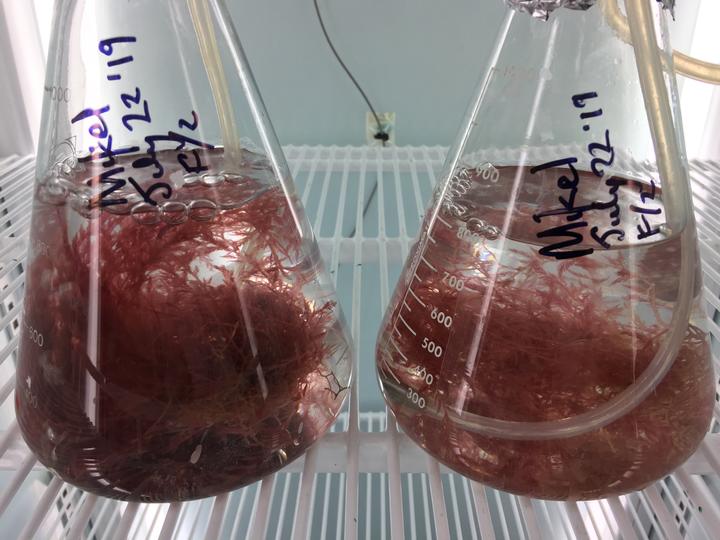 “You’ve had a really big upturn in applications in the last sort of 18 months to two years to that source of funding,” says Bradly.

He says there are also organisations backed by the government, such as National Science Challenge and Callaghan Innovation, that are supporting research and projects in the seaweed sector.

Nigel Bradly says there are a lot of benefits, like the algae’s ability to absorb carbon dioxide in the water. In comparison with pine trees in New Zealand, seaweed is able to absorb about 10 times more CO2.

Unlike fish farms, Bradly says seaweed doesn’t leave large amounts of nutrients in the water. By ‘nutrients’, does he mean fish poo?

“What has happened increasingly in other parts of the world is that seaweed is grown next to fish farms because the seaweed likes nutrients. It needs sunlight, nutrients and water to grow ... so you’re actually able to offset the impact of the fish.”

Bradley says the drawbacks of an algae farm are that the space can’t be used for anything else and visually they don’t look very appealing.

But he says as technology improves and allows for more offshore farming, that would free up the coast line.

EnviroStrat is running two pilot seaweed farms over the next couple of months alongside iwi in the Hauraki Gulf and the Bay of Plenty.

“What will it generate in terms of revenue? How many jobs will there be for the hatcheries and also in the processing and sales?” asks Bradly. 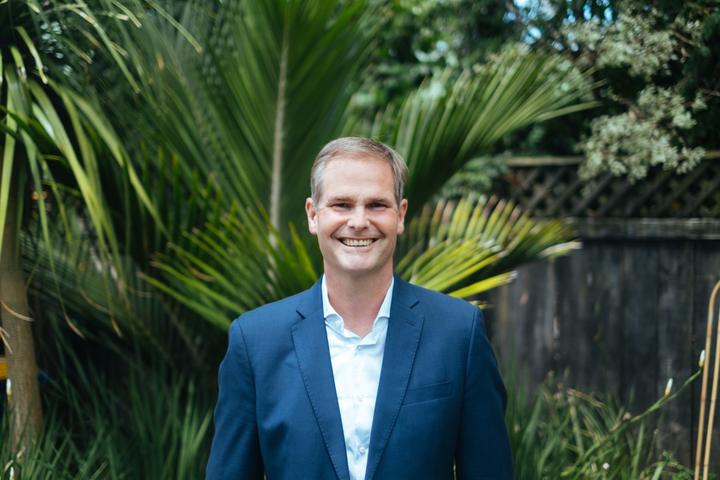 “Those things will all be better understood when we have a handle on how much we can grow under different environmental conditions.”

Lucas Evans says the more studies and trials into seaweed there are the better, especially where there’s concern about growing species that are ultimately classified as a pest.

“If we were to start farming it, are we doing an environmental bad, or is it a sensible step where the environmental impact won't be that significant (and) that it outweighs the economic benefits of farming?”

For Evans, that’s a question best answered by scientists.

“I just want to be a seaweed farmer.”