How much climate catastrophe can one world absorb? 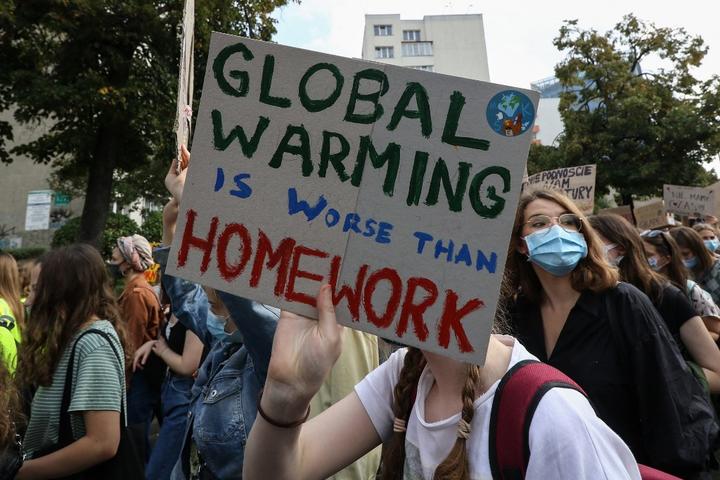 This report is less specialised, less dense, Gibson says, and appears to have among its aims influencing governments through people power.

The more 'normal people' understand about what's happening, the easier it is for citizens themselves to hold their own governments to account.

On today's episode, Emile Donovan sits down with Gibson to discuss the good, bad, and ugly headlines from the IPCC's sixth assessment report.

The Intergovernmental Panel on Climate Change was formed in 1988.

It released its first report in 1990.

And in the interceding 31 years, the science has remained largely the same, says Gibson.

"The fundamental message hasn't changed that much. Certainly it's gotten stronger, more solid, more widely accepted, but there's nothing in the latest report that researchers didn't know 30 years ago.

"Had we started in earnest on this transition 30 years ago, we would have a lot of these things cracked by now. We're certainly capable of doing it."

While the big picture hasn't changed too much, the language used to communicate its ideas has. 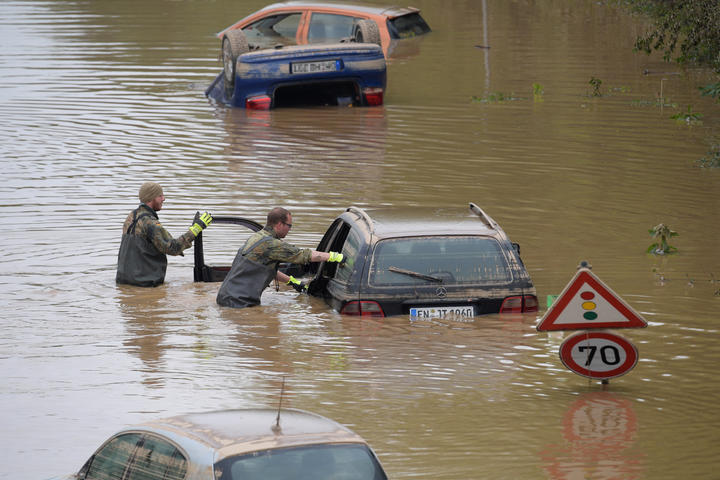 Soldiers of the German armed forces Bundeswehr search for flood victims in submerged vehicles on the federal highway B265 in Erftstadt. Photo: AFP

"The first takeaway of the report is: the effects of climate change are here ... and they're here now, it's not something that a model on a computer is telling us is going to happen in 100 years' time.

"The second was that it's now inarguable, incontrovertible, that these changes are being caused by us - and the signal of that, versus the noise of natural variability, is now very clear as well.

"The third takeaway is that some of these impacts are now baked in. Seas are going to keep rising for centuries or millennia now, because of temperature changes that we've already produced. We can't do anything about that. And the atmosphere is going to keep warming for 20 or 30 years now, in even the best-case scenario.

"But the final takeaway is that it's not too late to put the brakes on, and stop it getting worse."

The IPCC's most recent assessment report before this came out eight years ago and was criticised for its inaccessibility and dense language: scientists writing for other scientists.

The summary of the report - the wording of which has to be agreed on by all the governments involved with the IPCC, which is a politically delicate, weeks-long process as representatives veto and sanitise certain words and phrasing - is much more accessible.

Gibson suggests this may be a deliberate act on the part of the IPCC to encourage people to engage with and understand the ideas in the report, and force their own governments to act.