Arming the police - is it a step NZ wants to take? 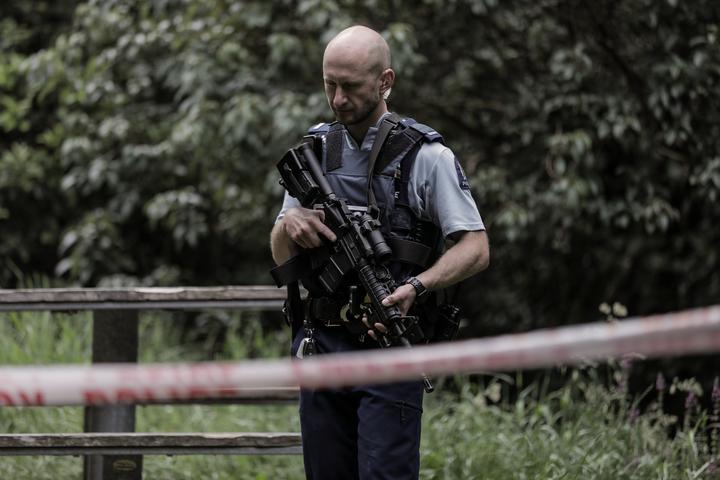 New Zealand is one of just 19 countries around the world in which police officers don’t routinely carry firearms.

In a sense, this is something to be proud of, reflecting the commitment – oft-cited by police commissioner Andrew Coster – to ‘policing by consent’.

But a recent dramatic increase in police interactions with firearms and gun-related crime, coupled with the murder of Constable Matthew Hunt in June 2020, has led the police union to question whether that should change – and the Police Association’s members seem to back it.

The Association’s biennial survey of 6,000 of its 11,000 members showed nearly 75 percent of all police, and nearly 80 percent of frontline officers, want police to be routinely armed.

It’s the highest level since 2010, when the survey was carried out in the aftermath of the Napier siege, where Senior Constable Len Snee was shot dead by Jan Molenaar.

The survey, which is carried out by Nielson IQ, also suggests 57 percent of the public support general arming – but that is a drop off from two years ago, when 61 percent supported.

However Andrew Coster has all but ruled out arming police, saying while guns can help in some situations, they can hinder in others – and when things go wrong when there’s a gun involved, they can go really wrong.

On today’s episode of The Detail, Emile Donovan speaks to RNZ police reporter Ben Strang, and the Spinoff’s south Auckland editor Justin Latif, about where this enthusiasm stems from; whether there’s a realistic chance of this happening; and the impact that cops carrying guns could have on communities.

A key term in all this is ‘policing by consent’.

Ben Strang translates this as a co-operative policing approach.

He says it’s the opposite of policing in the United States.

While police in New Zealand aren’t routinely armed, any officer in a patrol car does have access to firearms: two Glock pistols in a lockbox in the front seat, and two rifles locked in the boot.

In order to access them, an officer has to stop their car and take the key out of the ignition in order to unlock the lockbox.

In May 2020, Strang revealed rates of gun crime had hit a 10-year high, with 3540 occasions where an offender was found with a gun.

One in four frontline officers were threatened with a firearm last year.

However, police weren’t using their own guns more often: they presented firearms just 305 times in 2019.

Strang says this reflects the ethos of police in New Zealand: resolving serious conflicts without resorting to weapons.

The Spinoff’s Justin Latif says while police do good work and are starting to reflect the diverse makeup of the community, intergenerational issues of mistrust persist.

Many young men in South Auckland have a story about being unfairly or arbitrarily targeted by police, Latif says, and this combined with historical abuses of power like the Dawn Raids, and family members who have experienced similar, lead to an uneasiness which is difficult to fix.

“Those, coupled with the thought of ‘what if you add the layer of a gun to that situation’ – what does that outcome look like? Does that mean I’m suddenly at risk of being shot?

“That I think is what drives a lot of the concern in the community.”

Strang says while there may be support from the public and the police for officers to carry guns, these aren’t the only factors that should be considered.

“The majority of people probably don’t have many interactions with the police each year.

“But the people who have a lot of interactions with the police and see this sort of thing may not be supportive.