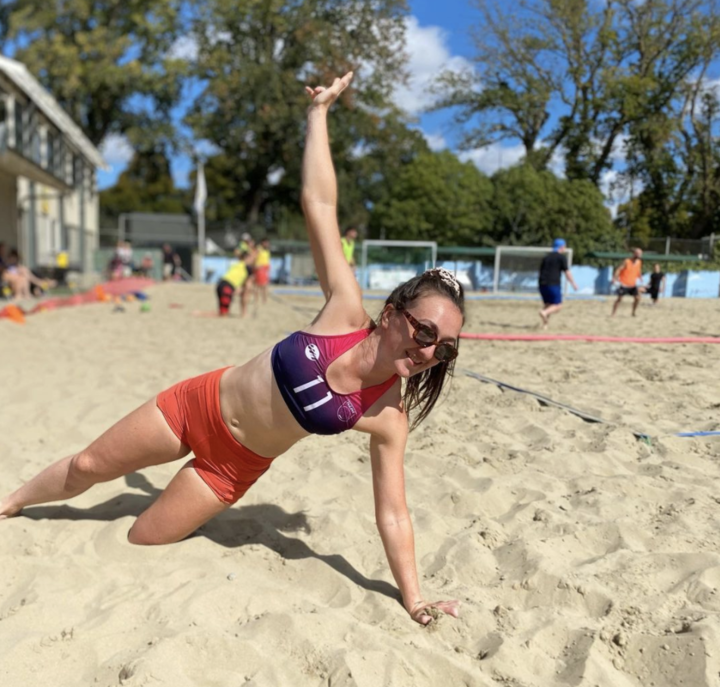 When Erin Roxburgh-Makea plays beach handball in her bikini the only time she's comfortable is when she's standing still.

"The women are doing such athletic, really explosive movements and you're always worried about where things are slipping ... and when you have your period it is one of the most terrifying times I think to wear a bikini bottom," she says.

She knows several women who won't play beach handball because of the skimpy uniform.

That looks set to change after a story about the Norwegian Women's Beach Handball team went viral.

The team was fined more than $2,500 for breaking the rules after they ditched their bikini bottoms for shorts at a major European tournament.

In an official statement, the Disciplinary Commission at the Beach Handball EURO 2021 said it had "dealt with a case of improper clothing" and said the shorts are not according to the Athlete Uniform Regulations defined in the International Handball Federation Beach Handball Rules of the Game.

Today The Detail looks at the outrage over the bikini rules for handballers, branded as prurient and voyeuristic, and why it could be a game changer for women's sports kits.

The podcast also explores the history of netball uniforms with Newsroom's LockerRoom editor Suzanne McFadden, and how skimpier uniforms were introduced to "get more eyes on the game".

She tells Sharon Brettkelly that players have a say in what they wear but some sports are more "sympathetic" than others.