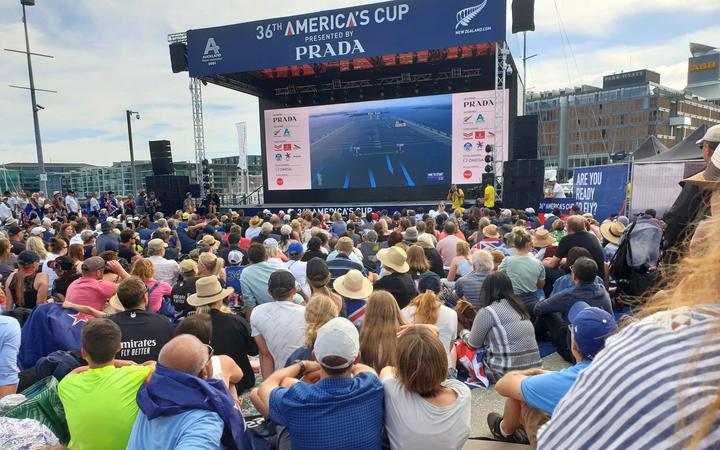 A well-executed regatta, hampered by thick layers of bureaucracy, which doused a pile of cash in kerosene and threw it onto the bonfire.

That's one way - albeit crude - you could characterise the America's Cup Authority's assessment of the 36th America's Cup.

But are there some things money can't buy?

With much of the rest of the world confined to their own living rooms, New Zealand was living it up: tens of thousands of spectators gathering on Auckland's newly redeveloped waterfront, showcasing a country enjoying the spoils of its discipline.

The picture painted for the hundreds of millions of spectators was one of liberation, of hope: this is what we have to look forward to, once this pandemic is all over.

But in terms of returns to Auckland, was it worth staging the event?

On today's episode of The Detail, Emile Donovan speaks to Stuff senior sports journalist Duncan Johnstone about the event; the financial black hole; and what lessons Auckland may have learned, if it's to host the next iteration of the world's oldest yacht race.

The financials are bad. No getting away from it.

As reported by Stuff, an economic benefit assessment from the Fresh Info consultancy shows nationally, the America's Cup generated revenue of just $588 million, against a public investment of $755.2 million. 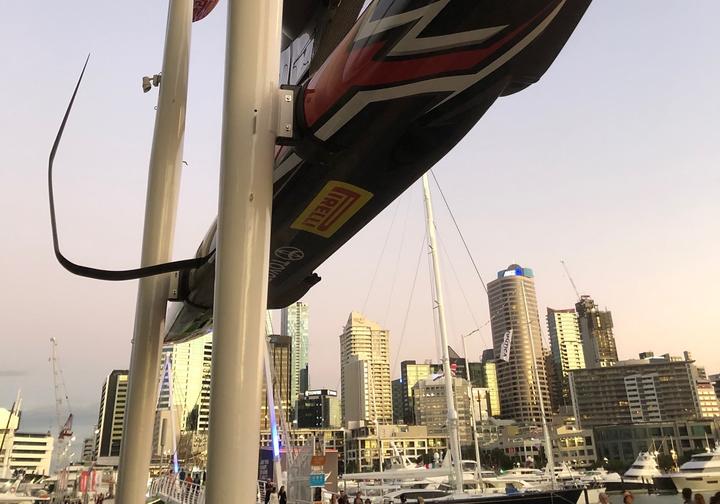 Auckland's contribution returned about 72c for every dollar spent on the event, the report said; nationally that ratio fell to 48c to the dollar.

But Duncan Johnstone says those figures have to be seen in the context of the pandemic.

"Financially, it was a lemon the moment the borders were closed and no international visitors were allowed, the superyacht fleet was decimated - that's massive money.

"The whole thing became a bit of a survival exercise. But, as acknowledged in the report, they pulled it off pretty well."

The report also includes expenditure which was not solely Cup-related - for example, the $92 million redevelopment of Auckland's Wynyard Quarter, which mayor Phil Goff says will benefit the city for decades yet.

But the report, while conducted internally, is unusually frank about some of the behind-the-scenes shortcomings.

It says the involvement of taxpayer money led to bloated bureaucracy, with many agencies wanting to be involved with decision-making, even when they weren't tasked with the logistics of executing the event.

Some meetings, the report says, had more than 40 people attending, the majority of them uninvolved with actually getting the show on the road. 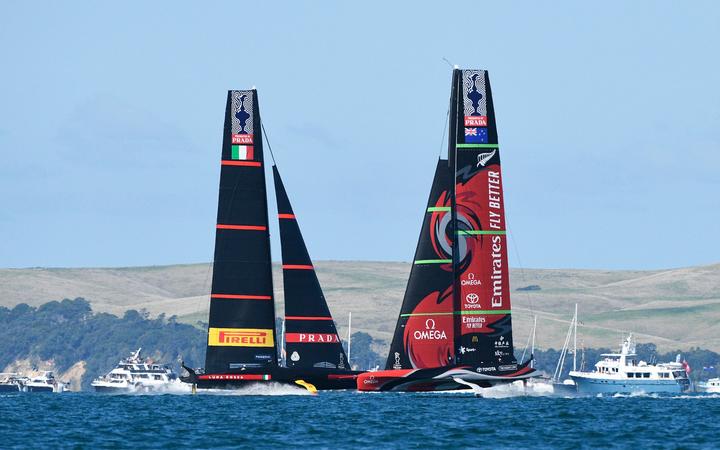 The relationship between the America's Cup Events Authority (essentially the Team New Zealand side of organising the event) and the Challenger of Record (its Italian equivalent) was also rocky, with the Italians feeling shunned, and that their considerable investment was overlooked and taken for granted by the New Zealanders.

Johnstone says the question of whether Auckland will host the 37th Cup is still up in the air.

Team New Zealand is a commercial entity, he says, and must act in its best interests, unclouded by sentimentality: if other locations can offer more appeal, Team New Zealand will go with them.

But hosting the Cup again would give Auckland the chance to rectify many of the issues cited in the report.

And the redeveloped waterfront, hopefully coupled with the influx of spending brought by overseas yachting enthusiasts and well-heeled superyachts, would likely remedy the financial difficulties seen this year.

Ultimately, Johnstone says, you can make viable arguments for and against hosting the event.

It's expensive and explicitly targets an elite crowd - though it's also free to watch for anybody who wants to being on both free-to-air TV and streamed on YouTube.

The use of taxpayer money will always be controversial - but it's also an inevitability, given New Zealand's relative dearth of billionaires prepared to sink hundreds of millions of dollars into a pet project.

And importantly, Johnstone says, hosting the Cup gave New Zealand a chance to showcase its freedom to the rest of the world.

"Yes, we spent a lot of money on it", Johnstone says.

"The return may have only been cents on the dollar.

"But we had a hell of a time when it was going on."