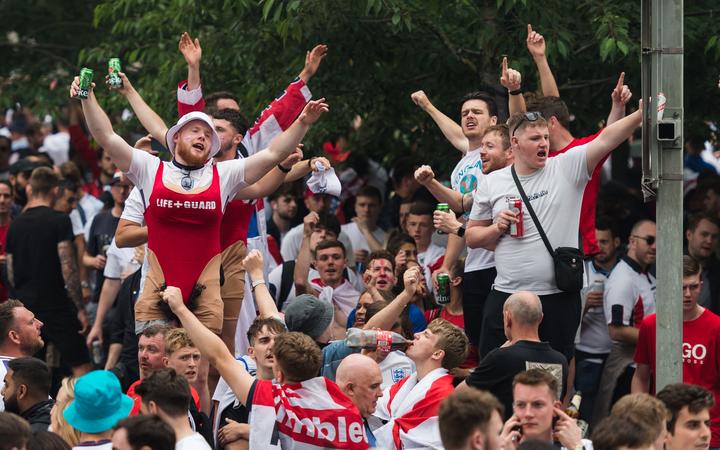 In New Zealand, yesterday was Tuesday. But in the United Kingdom, it was something much more: it was Freedom Day.

The nation lifted most of its remaining covid-19 restrictions.

Masks are no longer legally required. Work-from-home guidance has ended. Social distancing rules have been abandoned, and there are no longer any limits on indoor crowds.

Meanwhile in the previous 24 hours more than 47,000 new cases of Covid-19 were diagnosed. The rolling seven-day average is inching towards 45,000 cases per day.

Twelve hundred scientists from around the world condemned the decision to open up, saying it was a threat to the security of the world and provides a ripe ground for vaccine-resistant mutations of the virus to develop.

So why did the British government make this decision, against the advice of its scientists?

Could other countries follow, such as Australia, if the New South Wales cluster continues to grow?

And given the poor performance of many geopolitical giants when confronted with an indiscriminate, borderless threat, what does the political response to Covid-19 tell us about the future of political decision-making - particularly when it comes to other existential issues, like climate change?

Today on The Detail, Emile Donovan speaks to Otago University international relations professor Robert Patman about how reactions to Covid-19 are changing how the world deals with massive-scale issues.

Britain's relaxing of its Covid-19 restrictions is based on its herd immunity theory, according to microbiologist Dr Siouxsie Wiles.

Britain's vaccination programme has been excellent: nearly 70 percent of the country has been vaccinated, many of them elderly or with pre-existing conditions - the most vulnerable in society.

Heading into the summer months, Wiles says, the Boris Johnson-led government has decided to allow the virus to spread among the younger population, in the hope that when winter arrives, the country will have developed something approaching herd immunity.

It's a risky strategy: people will die.

But Johnson justified the decision, asking the question: if the UK wasn't ready to open and try to return to a sense of normality now, when would it be?

Patman says this decision is typical of the populist Johnson government.

He says many senior figures are disdainful of 'experts' and prefer to make decisions which will please and placate the populace - regardless of whether they're in their best long-term interests.

But Patman says this is a short-sighted, individualistic approach to dealing with a problem that is not confined to Britain's borders - and sets a dangerous precedent for looming issues of similar gravity.

"Many of the problems confronting Britain, New Zealand and Australia and other countries do not recognise borders. We’re not just talking about Covid-19, we’re talking about climate change, problems to the economy, terrorism, environmental problems. We are at a bit of a crossroads.

"It’s up to nation states to redefine how they understand their national interests. We have to get to a point where countries realise that common problems must be dealt with in a multilateral, co-ordinated fashion."