The science of beating the drug testers in sport 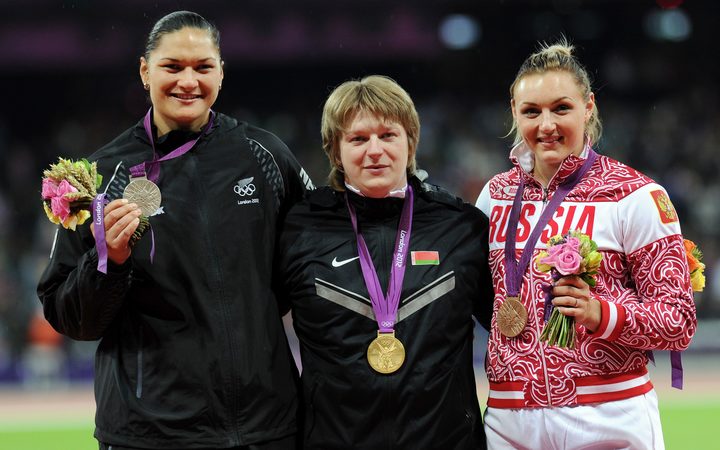 Valerie Adams received a silver medal at the London 2012 Olympics but was later promoted to first after Nadzeya Ostapchuk of Belarus, (middle) was disqualified for drug cheating. Photo: Photosport

There aren't too many certainties in life; death and taxes being two of the more notorious ones.

But another - which we'll undoubtedly see unfold over the next two months - is that some Olympic athletes will have a stunning fall from grace, as they get busted for doping.

In fact, the drug testers have already claimed some of their first victims - two Russian rowers have been banned from the Tokyo games after testing positive for the sports supplement meldonium.

And, in a more contentious case, one of the favourites for the women's 100 metre sprint, the American She'Carri Richardson, isn't able to compete, after being served with a one-month ban for using cannabis.

This led to some uncomfortable questions for anti-doping authorities: why was cannabis on the banned substances list? What sort of advantage does it supposedly confer?

New Zealander David Howman was the executive director of the World Anti-Doping Agency, or WADA, for nearly 15 years.

Today on The Detail, Howman sits down with Emile Donovan to discuss what factors influence whether a substance is prohibited; the tricks cheating athletes use to try to get around the rules; and the uncomfortable question of whether sport without doping is an impossible goal.

She'Carri Richardson's one-month ban for using cannabis has polarised athletics commentators around the world, many of whom are confused as to what advantage cannabis would give an athlete.

But David Howman says this demonstrates responsibilities athletes have in making sure they know what they're putting into their bodies.

"You’ve got to start from the position that every elite athlete in the world knows these rules by now, they’ve been in place for much longer than 20 years …. and every international athlete, particularly those from high profile sports like track and field, and from a country that is as sensible and clever as the United States, will have been educated fully.

“So they know what’s on the list, they get told repeatedly what you can’t have, they’re told to check supplements … anything they put in their body, they’re responsible for. So it defies belief and common sense that she would not have known that it was on the list.”

WADA maintains a list of prohibited substances, which is updated annually. 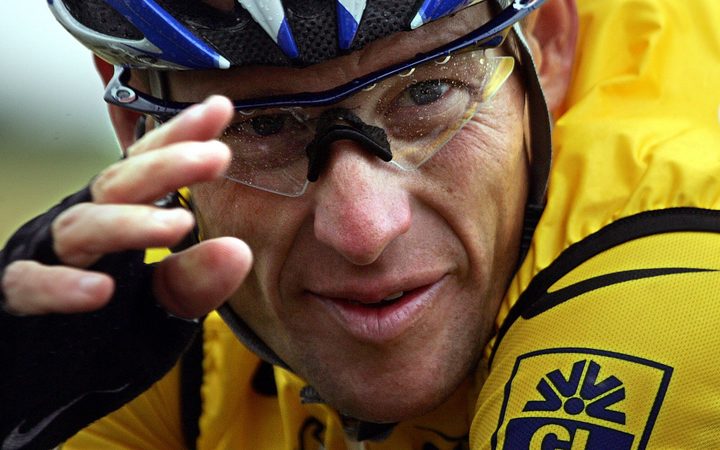 Denials, denials, denials - but in the face of overwhelming evidence, eventually Lance Armstrong confessed to doping.  Photo: AFP or licensors

In order to make it onto the list, a substance has to satisfy two of three criteria: it has the potential to enhance or enhances sport performance; it represents an actual or potential health risk to the athlete; or it violates the spirit of sport.

Cannabis is a complicated case: it's not banned out-of-competition, and athletes who use it will only be punished if they're testing during a competition, and if they haven't declared that they've used it.

Feasibly, Richardson could've avoided repercussions if she had proactively stated she had used it - even if the idea of an athlete telling anti-doping authorities 'yes, I smoked some weed over the weekend' might seem strange.

Still, Richardson is just the latest in a string of cases which might, from the outside, seem unfair, or unnecessarily strict.

David Howman says the rules have to be strict, because cheating athletes and their entourages have created sophisticated programmes to help them get away with it.

"They have a lot more money … they have scientists, doctors, lawyers, you name it … a heck of a lot more than the people who are out there conducting the anti-doping movement," he says. “There are lots of pretty easy ways of beating the system.”

The physician and osteopath Robert Goldman once posed a hypothetical question to a sample of elite athletes, and members of the public.

Would they take a drug that would guarantee them success in sport, but cause them to die after five years?

Less than one percent of the members of the public said they would take this Faustian pact.

More than half the athletes polled said they would.

Howman says while this might be influenced by the bombast of youth, this demonstrates the differences in competitive mindset between elite athletes and 'normal' people.

"It scares the heck out of you because you think well, people are prepared to take really big risks for the sake of glory. And those people are susceptible therefore to corrupt behaviour."