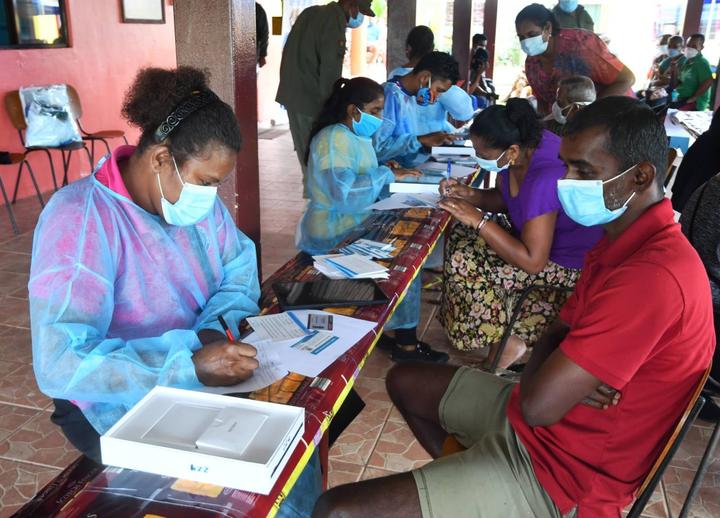 Fiji's Covid-19 crisis gets worse by the day, but thousands of people are so desperate for food they risk their lives by crowding into buses without masks to get to shops and hospitals.

The country, with a population of more than 900,000, had avoided Covid-19 in the community for the first year of the pandemic. But since an outbreak in April after a quarantine breach, 7870 cases have been recorded with 40 deaths.

That figure is already outdated as the numbers rise daily.

"We expect the situation to get far, far, far worse," says Sashi Kiran, founder of FRIEND, the  Foundation for Rural Integrated Enterprises and Development.

"We're just mopping the floor, feeding the people, organising the medicines, trying to get people into livelihoods because we're not turning the tap off, we're not halting the virus."

Today, The Detail talks to Kiran in Fiji about the poorest families on the brink of disaster because they have no jobs and no food.

Up to 30,000 people have applied to FRIEND for help and every week it is getting food and medicines to 1300 families.

They are low income earners, from the ice cream seller to the juice maker and the wheelbarrow boy. They have no savings, they've been surviving more than two months with no income, and they have no national social protection.

Many live in crowded squatter settlements and they are also the most vulnerable to covid.

Recently the government made a one-off $50 payment per family but Kiran says it is not enough. 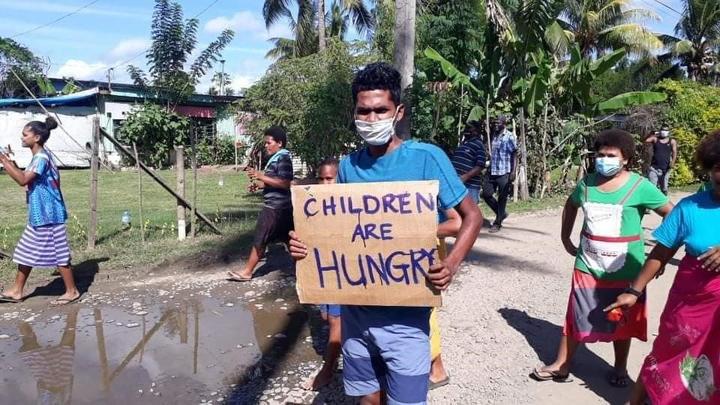 "It barely gets you food, and then there's fuel, and then medicines.

"And each time there is a social protection like the $50 people line up to get the (money) and each time that happens we have thousands of people getting exposed on a daily basis."

Kiran says supermarkets have become Covid hotspots and the government needs to get food trucks and caravans out to people to stop them going into towns.

Before Covid struck, FRIEND was helping low income families set up small farming and food production enterprises. Now most of its work is in Covid disaster assistance.

She wants the government to change its message so that it reaches people who are most vulnerable.

"For example, any squatter family or any person in a village and in Nadi in particular where people were normally renting, have moved into family homes because they can't afford rent and bills. So a house may have 10 to 15 people maybe with one toilet facility. How do you avoid contact in a family like that?"

RNZ Pacific reporter Christine Rovoi explains to The Detail the outbreak started when two people arrived with the Delta variant from India. A soldier providing security at a quarantine facility caught the virus and was isolated but he breached protocol when he had contact with a maid.

The maid and other soldiers took the virus into the community and to a funeral attended by 500 people from many parts of the country.

Rovoi says the government was overconfident with its response and only locked down part of the main island, Viti Levu.

"I think it was a bit of being too confident about them being able to maintain such a good record. They got too cocky in a way."

The response and the messaging has caused confusion, anger and anxiety, says Rovoi, and it's exacerbated by the economic crisis.

"To be honest, the government doesn't have any money."

New Zealand medical specialists are already there and others are being canvassed about doing a stint there. The government has also sent equipment including $820,000 worth of PPE gear.

New Zealand is also funding the vaccination of 250-thousand people in Fiji with AstraZeneca.

Sashi Kiran says her organisation and other NGOs are trying to get container loads of hospital beds, bedding and medical equipment.

People who wish to donate can contact Kiran by email at director@friendfiji.com.