China is the relationship we don't understand 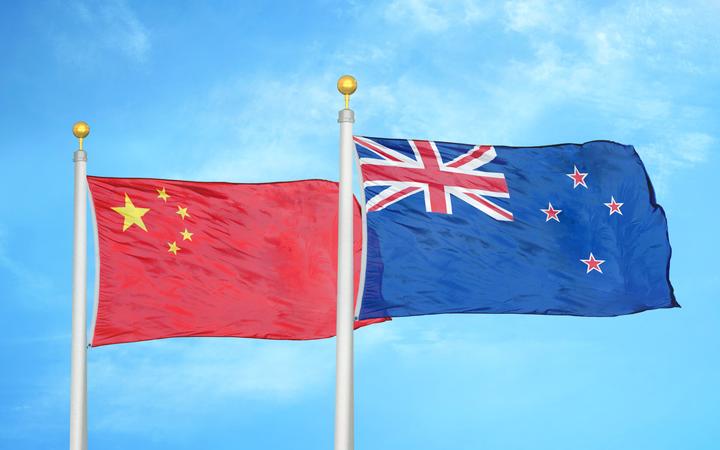 For many people in Western nations, the USA has been the dominant economic and cultural force for most of our lives.

But over the past couple of decades, another player has joined the table: China.

Since China began to modernise its economy in the 1970s, it's dragged nearly a billion people out of poverty. Its economy has grown exponentially.

It is now, by some distance, New Zealand's biggest trading partner.

But some people have reservations about the closeness of this relationship.

They argue if New Zealand places weight on values of democracy, free speech, and transparency - all of which are in short supply under the rule of the Chinese Community Party (CCP) - it should think carefully about how the relationship develops.

A new RNZ and Bird of Paradise Productions podcast series, Red Line, explores these questions, diving deep into the Chinese government's actions in the Pacific and around the world, and examining the influence of the CCP in New Zealand.

It answers many questions, and raises many more.

However there has been pushback against the series: critics have labelled it xenophobic, and questioned whether the evidence substantiating some claims meets a proper threshold.

Today on The Detail, Emile Donovan sits down with Red Line co-presenter Guyon Espiner to talk about the background and execution of the piece, and the tightropes the team itself had to walk in getting it over the line.

The seed of Red Line was planted when Espiner and co-host John Daniell were working on The Service, another joint production released last year looking at New Zealand's involvement in the Cold War.

"We thought, look - this is happening now, right now ... let's sub out Russia for China and have a look at this thing.

"We went out looking for that - but came back with something completely different."

The mission statement was to show the extent of the CCP's influence in New Zealand. The podcast itself covers a lot of ground, looking at allegations around Chinese-New Zealand members of parliament, the extent of Chinese infrastructure investments in Pacific countries including New Zealand, and the community of anti-CCP dissidents in New Zealand.

In the days after the first episodes of the podcast were released, Red Line was criticised in some quarters for a perceived xenophobia: the idea that, by critiquing the actions of the Chinese government, the podcast was also casting aspersions on the motivations and intentions of Chinese New Zealanders. Some felt the podcast series might stoke suspicion or hostility towards Chinese New Zealanders, at a time where anti-Asian sentiment is a real, and growing, issue - something canvassed by The Detail in a previous episode.

Espiner says while he doesn't doubt those concerns are sincere, the fear of being labelled a racist shouldn't deter a journalist from raising important questions about a consequential issue.

He points to one of the most prominent voices in the podcast, Chinese-New Zealand writer Tze-Ming Mok, who addresses this in the fourth and final episode of the series.

"She says, look, Chinese New Zealanders have been subjected to racism for decades. That [critique that a podcast series might ignite hostility] isn't good enough to hide behind.

"She says we need to confront this, and confront what the CCP is doing. The idea of saying, let's not touch this, we might be accused of being racist, isn't good enough in her view. And I put a lot of weight on that."