The booming problem of construction waste 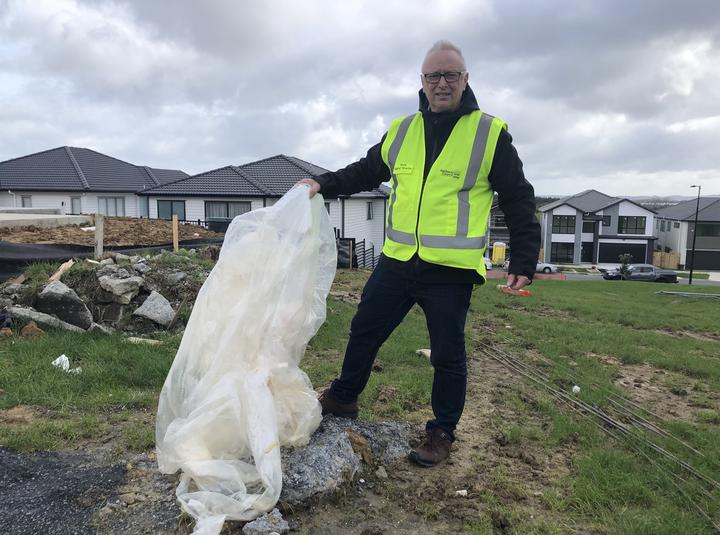 More than 43,000 new houses and apartments have been consented in the year to May, but with that record comes a shocking problem most people are unaware of.

They produce hundreds of thousands of tonnes of waste - and the more houses built, the bigger the problem gets.

Today The Detail goes to a brand new street in Flat Bush, south east Auckland, where the building boom is in full force and the ugly side effects hit you in the face.

Several houses are under construction, there is no rubbish skip in sight and only one portaloo, security fencing is missing, and chip packets and other lunch debris blows across the road. Sheets of soft plastic have been dumped along with timber offcuts, chunks of concrete and polystyrene insulation. Add to that things like plastic drink bottles and banana skins and the street is an eyesore for the people in the only house that is occupied.

In spite of that visible evidence - "it's a bit of an invisible topic," says Auckland Council's senior waste planning advisor Mark Roberts.

"With building comes some issues, those are things like waste, site behaviour and site practices,” he says. “And also problems like sediment control are quite prevalent.”

The Flat Bush street we’re on today is one among many in Auckland where construction workers spread their mess beyond the site to the berms, neighbouring properties and reserves.

In Auckland alone construction and demolition produce nearly 570,000 tonnes of waste a year, roughly half the entire landfill volume and equivalent to 23,155 shipping containers of rubbish. 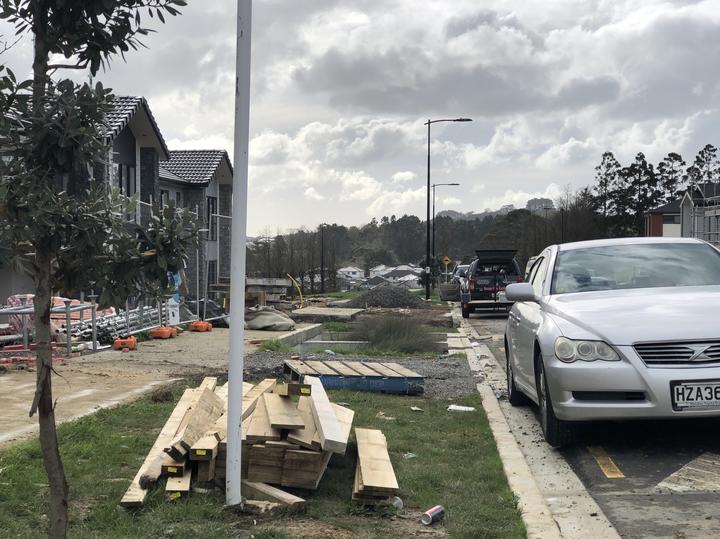 With a zero waste goal in Auckland by 2040, Roberts' job is to find ways of eliminating construction and demolition waste.

Under a pilot scheme funded by the local board, staff from contractor Wilkinson Environmental visit building sites in Flat Bush daily talking to workers and managers about how to deal with construction waste. The scheme may be replicated in other suburbs.

Roberts says there are many ways the waste can be reused, and community and commercial projects are already chipping away at the problem.

But the amount going to landfill continues to climb along with the number of new houses.

Site workers flout the rules because they are under pressure to get the houses built and dealing with waste is not a priority. Sometimes they dump their rubbish on the site next door because it has been done to them. Others dump the rubbish illegally and if caught they face a fine of up to $400. Serious offenders face a maximum penalty of $30,000 under the Litter Act.

Every new house build produces about 4.5 tonnes of waste - it would take 30 years for a household to put its kerbside bin out once a week to generate the same waste.

And Roberts tells The Detail's Sharon Brettkelly it is ultimately the house buyer who pays for it.