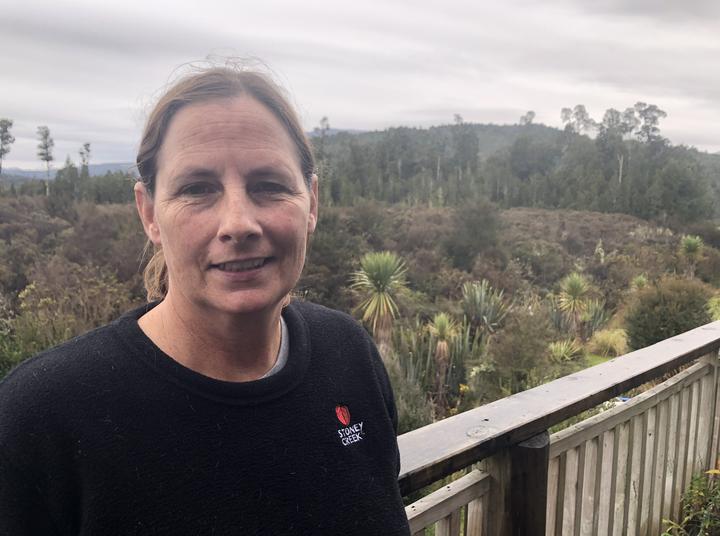 Katie Milne looks over eight hectares of precious native forest from her lounge room on the West Coast dairy farm she runs with her husband Ian Whitmore.

Just metres from her doorstep are kahikatea, mountain cedar and manuka and species of drachafilums which are normally only found higher up.

When it was designated a Significant Natural Area 20 years ago it was contentious but the debate is even more controversial now.

Today The Detail visits Milne at her farm and finds out why West Coast landowners are so angry at latest moves to identify and protect SNAs.

"They feel targeted and the fact that we've got all this biodiversity here feels like a penalty."

Milne tells Sharon Brettkelly about the SNA process that starts with desk top mapping by councils, and why she and her husband were wary of  turning their own land into an SNA. Now she is nervous that their agreement will be scrapped under the new round and they will face harsher restrictions on their SNA land.

Significant Natural Areas were brought in under the Resource Management Act in 1991 when councils were charged with identifying and protecting areas with significant habitats of indigenous biodiversity.

Around 60 percent of Councils have identified SNAs but the Associate Minister for the Environment James Shaw says the work has not been done in a consistent way, due to lack of clarity.

That has led to vociferous opposition from farmers and iwi, while some councils have scrapped or shelved the process after coming under pressure from landowners.

The government says it has been working with iwi, farmers and organisations such as Forest & Bird on the draft National Policy Statement for Indigenous Biodiversity (NPSIB) to provide clarity on how SNAs should be identified. It says it will support councils to work with tangata whenua, landowners and communities to protect indigenous biodiversity.

A statement to The Detail from Minister Shaw's office says that if someone owns land that is an SNA and has no intention to develop it, then nothing changes. Restrictions apply in the event that a landowner wants to use the land for a new activity.

When a new activity is proposed on a SNA, the landowner will need to apply for consent. The draft NPS provides for a resource consent pathway for some activities - including significant infrastructure and single dwellings.

Councils with existing SNAs have three years to conform to the new National Policy Statement, and councils that don't will have five years.

However earlier this month, councils working on SNAs were advised to put them on hold until the NPS is completed after members of a Northland iwi threatened to hold a hīkoi in protest, while farmers accused the government of a land grab. The hīkoi took place last week, with Māori, farmers and other landowners converging on the Far North District Council offices in Kaikohe on Friday.

Milne wants discussions with individual landowners about their Significant Natural Areas and options for making money from the protected land, such as a biodiversity credit.

"The whole process needs to be taken down to an individual level and proper engagement with people where there's areas of interest.

"There does need to be some good complimentary measures, something put in place to turn that dial around so that these are an asset for people and not a liability, whether that's a compensatory way or some other credit system.

"It might not have to be that New Zealand taxpayers pay, it might be there is an international audience that wants to buy into this system and sponsor these areas to remain as they are."

In today’s podcast we hear about the depth of feeling over this issue, and why West Coasters think they’re carrying the can for the rest of New Zealand’s profligate use of land.