Why has the Wuhan lab leak theory re-emerged? 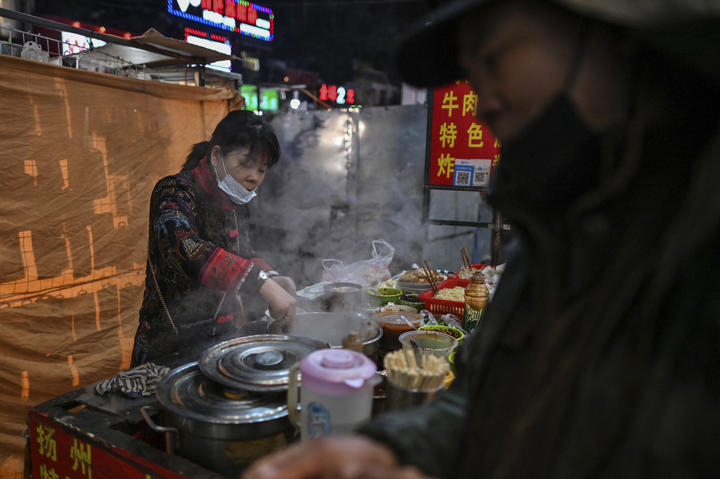 A food seller waits for clients at a market in Wuhan, China's central Hubei province this month. Photo: AFP

In the early stages of the Covid-19 pandemic, many prominent scientists pushed back against the idea that the virus may have originated in a laboratory in Wuhan.

This was probably influenced by the heated political environment at the time. Donald Trump was still the US president, repeatedly asserting he had 'proof' the virus had come from a lab.

The rhetoric ramped up: Chinese state media dismissed Trump's claims as 'insane and evasive'. The US's senior expert on infectious disease, Dr Anthony Fauci, said the evidence strongly suggested the virus 'could not' have been deliberately manipulated.

And yet now, a year and a half on, news has emerged that Joe Biden, the new US president, has instructed his scientists to look into the lab leak theory.

So why has this idea, dismissed nearly out-of-hand in the early stages of the pandemic, suddenly returned to the headlines?

Has new information come to light? And, given what we've learned since early 2020, what IS the most likely source of the Covid-19 virus?

On today's episode of The Detail, Emile Donovan speaks to microbiologist Dr Siouxsie Wiles, and virologist Dr Jemma Geoghegan, about the resurgence of the lab leak theory, how seriously we should be taking it, and the high burden of proof science demands before even the most unlikely theories can be completely ruled out.

There are three main theories for the origin of Covid-19.

The first, and the most unlikely, is that it was deliberately manufactured and released as a biological weapon.

The second - and most widely accepted - is the spill-over theory: that it spread from an animal, probably a bat, to humans, via an intermediate animal host.

This is most widely accepted because it's the way similar disease outbreaks developed, like SARS and MERS.

The third explanation is the lab leak theory: that a scientific lab in Wuhan near the wet market was performing 'gain-of-function' experiments, which involve modifying an existing virus to see how it might affect different animals, like humans, and how these modifications could be treated.

Gain-of-function experiments are controversial, but also an accepted scientific process.

"It's the kind of work we do in my lab," says Dr Siouxsie Wiles.

"We are looking at how bacteria evolve to be more infectious. So we have an organism that we're allowing to evolve, and see what happens naturally.

"We have chosen one that doesn't affect humans, but there will be people who will be doing those kinds of experiments on bacteria and viruses that do affect humans.

"But there are very strict regulations around that work.

"I think every scientist around the world has asked themselves that question, 'is it possible this virus has leaked from a lab, are we being lied to, what does the evidence suggest?'

"And it's important that virologists are asking those questions. That's the scientific process.

"But looking at all the evidence, that seems less and less likely.

One of the issues with discussing the origins of Covid-19 is the language that's used, and the way theories can be seized upon by people with ulterior motives.

Dr Wiles says some governments may be motivated to stoke conspiratorial fires to distract from their own abysmal responses to the pandemic.

Around the world, people of Asian ethnicity have been targeted for abuse and actual violence from people convinced the virus was unleashed as a biological weapon.

Some who've criticised conditions at wet markets have also come under criticism for embodying a kind of 'cultural supremacy'.

Jemma Geoghegan says while cultural practices must be respected and are a big part of the Chinese economy, it's fair to question the conditions at live animal markets, given the number of diseases have emerged from them in recent years.

"Animals and humans, we're not really supposed to be encroaching on wildlife habitat. And that's when disease emergence events are going to occur."

Dr Geoghegan says while all possible origins for Covid-19 should be explored, that doesn't mean all the theories are equally likely: the burden of proof for something to be unequivocally ruled out is 100 percent in the world of science - and 100 percent certainty is a rare commodity.