Is this the death of the post-match presser? 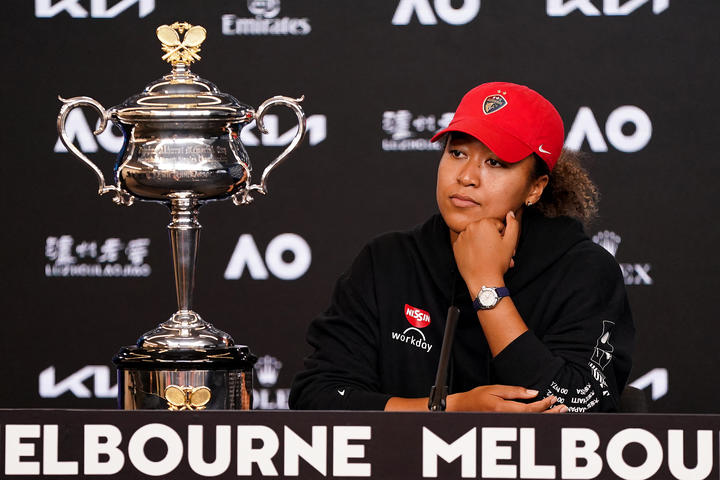 Naomi Osaka speaks at a press conference after winning her women's singles final match on day 13 of the Australian Open tennis tournament in Melbourne on February 20, 2021. Photo: AFP / Natasha Morello

World tennis number two Naomi Osaka has sparked an international conversation about the mental health of top athletes after her withdrawal from the French Open.

As a young player who suddenly shot to attention, tennis journalists knew she was not happy about participating in the often pointless post-match media conference.

When it came to a choice of being forced to do so – or flagging the tournament – she walked.

So what happens now? Today The Detail talks to two veteran sports journalists, NewstalkZB Sports Editor Matt Brown, who’s covered the French Open for 13 years, commentating for Roland Garros Radio; and Newsroom’s Suzanne McFadden, the editor of LockerRoom, who’s had the privilege of interviewing some of our top level athletes away from the banality of the post-match media conference.

“I think the Osaka situation has brought it to a head and made you think ‘what can be done better?’,” says Brown.

“Some (media conferences) are riveting, others are mundane, some of the questions are just irritating – others are astute and brilliant.

“The problem you get at a Grand Slam, you get a lot of people accredited, coming from all different angles and walks of life. You get fashion magazines that get accreditation, you get Sports Illustrated, you get dedicated newspapers who send tennis correspondents, you get all sorts. So you do get a mix between the tennis journalists … and the people who are kind of fly-by-nighters, who maybe come in for a specific reason.

“So that’s where I think probably some of these problems occur at Grand Slams where you do get some pretty stupid questions. But of course a player has always had the option to say ‘I don’t really want to comment on that, I’m not going to answer that’ … and that’s happened from time to time.”

Brown doesn’t have the answer to how things change, but says the debate is surely going to bring out some good options and ways of changing the media mechanism. However he doesn’t think we’ve seen the end of the post-match conference.

“That’s expecting too much,” he says.

Suzanne McFadden says the issue is a really hard one.

“This may now open the floodgates where a whole lot of athletes who aren’t comfortable in the situation speak out and say ‘no’,” she says.

“There is a little bit of that feeling that ‘we’re paying you this money, you owe us. You owe us sound bites, you owe us answers.’

“Finally one of these young women has had the guts to say, ‘enough. I don’t want this, it doesn’t do anything for my game, in fact it probably hurts my game. Do I really need this in my life? Do I need to talk to you? What am I actually telling you? Not much’.”

But she says the public wants to hear from the athletes themselves, no matter how insignificant that is or how coached that sound bite is.

“Maybe we all need to re-think the way we report on these athletes,” she says.