How vaping can be a smokefree weapon 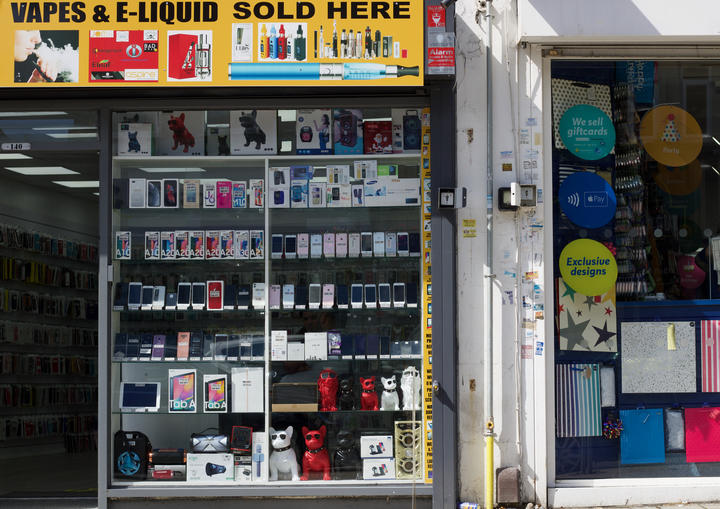 Over the past few months a spate of high school principals in New Zealand have spoken out about a hazy, sickly-sweet 'epidemic' emerging in their schools: vaping, or e-cigarettes.

Vaping is held up by anti-smoking advocates as a game-changer in helping people addicted to tobacco wean themselves off it.

And while statistics show smoking is on the decline throughout New Zealand, there is evidence that vaping is enjoying an ascendency.

So - in a pure, plain equation: does the good e-cigarettes can do in weaning tobacco smokers off cigarettes outweigh the bad they can do, in getting young people - some of whom have never touched a cigarette - hooked to vaping?

Today on The Detail, Emile Donovan speaks to the director of anti-smoking advocacy group ASH, and public health professor Chris Bullen, to get the lowdown on whether the rise of vaping is simply filling the chasm left by cigarettes with a product that's just as dangerous.

Cigarettes and vaping both deliver nicotine, which is the chemical in tobacco people get addicted to.

The difference is, cigarettes do this by burning tobacco - which, in addition to nicotine, contains many harmful carcinogens, or cancer-causing substances.

In contrast, vaping does this by vaporising liquid: this liquid also contains chemicals, but most mainstream vape liquids do not contain the cancer-causing agents in tobacco.

The Royal College of Physicians says vaping is about 95 percent less harmful than cigarettes - but does that mean there's no danger in vaping whatsoever?

"If I wasn't a smoker, and I took up vaping, I think that's a really dumb idea", says University of Auckland public health professor Chris Bullen.

"Then, I would be doing some serious thinking: if I couldn't quit being dependent on nicotine, why not try something that might be less harmful."

Bullen says vaping isn't without its risks: e-cigarettes have only been in mainstream society for about a decade, and it's possible they could have harmful effects in the long-term.

But based on the evidence we have now, he says it's unlikely.

One oft-cited area of concern is vaping among teenagers.

Anti-vaping advocates point out that vaping is much easier to do surreptitiously than smoking tobacco: it's easy for a student to take a drag of a vape in the back of a classroom without their teacher ever knowing.

Vapes are often marketed as lifestyle devices, rather than tools for smoking cessation; and the sweet flavours of many types of vape liquid are held up as evidence of companies targeting young people.

Statistics show an increasing number of young people are both trying vapes, and getting addicted to them.

The rate of daily vapers among year 10 students is still low, at a touch over three percent, but that figure has nearly tripled since 2015.

In addition, many vape companies are subsidiaries of tobacco companies - leading some to conclude that while vapes may have a function as a cessation tool, in reality they're simply a method for tobacco companies to diversify and future-proof their profits.

Deborah Hart from anti-smoking advocacy group ASH says while that's true, the fact is that tobacco companies are in the game now, and while those companies are, as Hart puts it, 'evil', the product they spruik is undeniably less harmful than tobacco.

She says the good e-cigarettes can do in weaning otherwise-lifelong smokers off tobacco simply outweighs the harm, and while it makes her uncomfortable, anything helping to phase out tobacco and increase uptake of a substitute product which is less harmful - even if it enriches tobacco companies - should be embraced.