Making a side hustle work 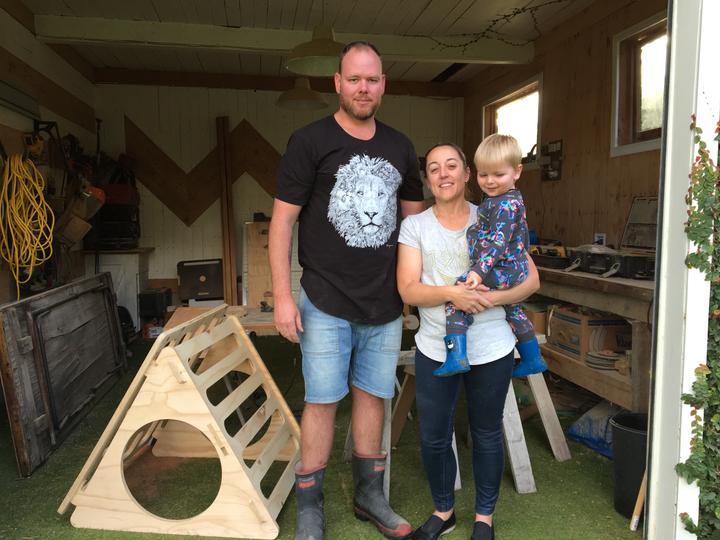 Your job isn’t that wonderful.

It doesn’t earn enough to get you where you want to go.

So you think outside the square … start selling your stuff … and now you have a side hustle.

New Zealanders are increasingly thinking about going off on a tangent. A new survey by financial research company Finder has found a third of us have side hustles – although that figure includes people who are renting out a room of their home.

How do you know when your business on the side is ready to be your new enterprise?

Today The Detail's Jessie Chiang looks at the growing interest in extra revenue streams and hears about the joys and struggles from side hustlers themselves.

It all started when they tried to find furniture for their two young sons.

"All the funky stuff [that we liked], you find them online and it's like $2000 so we just started making a few things," she says.

"A few of our friends started making comments that this stuff was pretty cool and we should have a go selling it."

The couple both have full time jobs though and talk about the challenges that come with that.

"The money you're making out of it, is it worthwhile for the time you spend? That's probably a massive question that every side hustle has," she says.

Chiang also speaks to Wendy Quach who was trying to figure out what to do in New Zealand after returning from the UK last year.

"I was just lost to be honest, I just didn't know what I wanted to do," she says. "I just really, really didn't want to get another full-time job."

Time in hotel quarantine sparked the idea for her clothes reselling company &again. It started as a side hustle, but it's since become a fully-fledged business.

Quach talks about the love she has for it but also what it looks like to have good boundaries between work and rest.

"I never knew what burnout was ... it's horrible. I've never in my life put mental or physical health first, it's always been at the bottom of my list but it's only when I went all in to … start up my own business, that's when I started to experience it," she says.

The Detail also looks at some of the other survey findings with Kevin McHugh from Finder, including why people start side hustles in the first place and how men and women differ when it comes to their reasons for doing so.