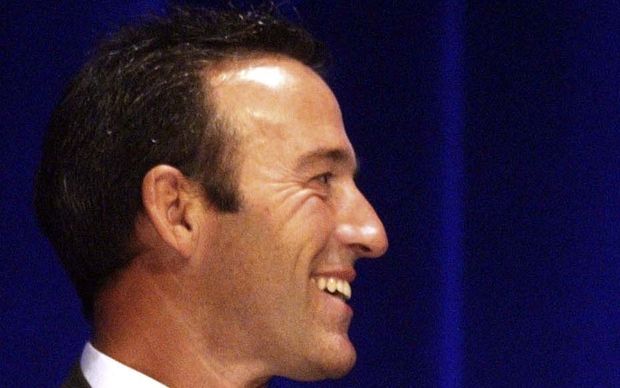 So said fictional corporate raider Gordon Gekko in the 1987 film Wall Street. And, in a sense, it's a mantra the annual NBR Rich List has encouraged over the years.

Since 1990, the business publication has published a rundown of New Zealand's wealthiest people and families - a celebration of wealth for wealth's sake.

In the throes of Covid-19, senior staff at the NBR decided to regroup and have a think about what was actually being celebrated on the list and why - and made the decision to place more of a focus on the positive effects of wealth well-used.

Today on The Detail, Emile Donovan sits down with the editor of the NBR’s The List Maria Slade to discuss whether this change is simply a PR move for the mega-wealthy; and how these people are using the vast reservoir of resources at their disposal.

Slade says reframing the NBR's annual celebration of the extraordinarily well-heeled was inevitable, given the state of the world in 2020.

"We realised that not only was it the wrong tone for the times of what everyone was going through ... we also realised, it's kind of had its day."

More difficult was finding a way to highlight the good that wealth can help achieve.

"We decided we needed to put equal focus on profit and purpose.

"Clearly, businesspeople have to make money - that's how they employ people ... earn export dollars ... and so on.

"But we decided to look a bit more holistically at what they're doing, and how they are building enterprises, giving back to the country, philanthropic endeavours - all that kind of thing. And so the idea of the NBR List was born."

The Covid-19 pandemic has thrust wealth inequality into the spotlight. Slade is asked whether NBR's former, self-described 'celebration of wealth’ for wealth's sake' has been a negative for society.

"Yes. And, as I said, we quickly came to the conclusion that that idea has had its day.

The overall wealth of just about everyone on the list is mind-boggling.

Graeme Hart once again takes out top spot, at $11 billion, followed by the Todd family on $4.3b, the Goodman family on $3.1b and the Mowbray family on $2.5b.

Levels of wealth that most of us struggle to comprehend and might see as morally indefensible.

But Slade says putting an emphasis on what that wealth can actually DO - the social good it can achieve - helps to put it into context.

"You look at someone like [Rocket Lab's] Peter Beck: he is not out buying Ferraris and flash houses. He says he has two interests in life: rockets and investing in New Zealand businesses. And he will back any of his former staff who have a good idea.

"That encapsulates what we're trying to do with the NBR List: to look at things in the round, and look at people who are not only giving but also trying to build enterprises for the betterment of New Zealand.”

Still, Slade says, esoteric questions crop up around the role the mega-rich should play in society.

Relying on the whims of a select few people to help to correct societal ills probably isn't an effective solution.

"One of our journalists, Nicola Shepheard, has written a piece on this very topic.

"And another part to that too: should we be looking more deeply into how these people have made their wealth?

"If they've been spewing greenhouse gasses into the atmosphere and then give a bit of money to a conservation project, that sort of thing.

"That's a huge question for the Western world, really."