City bees and their rescuers 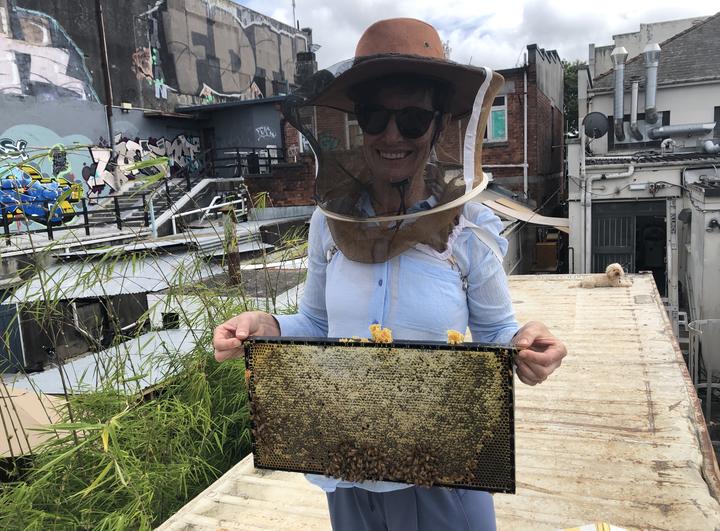 Sharon Brettkelly gets a close up look at an urban bee hive. Photo: Jessie Baker

The business of making honey has exploded and so have backyard beehives, but wannabe beekeepers be warned - it is a heavy, sticky, sometimes painful job to keep the creatures alive.

Today The Detail is out the back of an Auckland cafe to find out about the life and society of bees, and the deadly pests that threaten New Zealand's $5 billion apiculture industry.

"People are going crazy for bees," says Jessie Baker of Bees Up Top. She runs beekeeping classes, rescues bees and rents out hives to cafes, businesses and families around the city. Interest is so strong she has a waitlist of 200 for her classes.

"Not only do they make delicious honey but they pollinate one third of the world's food. People understand that and they want to help save the bees."

Baker says bees in hives around the city are much more productive than the bees at Bethells Beach where she lives on Auckland's west coast.

"They make so much more honey and there's a lot more bees in the hive."

Standing on the top of a shipping container at the back of Daily Bread café in Pt Chevalier, overlooking a carpark with the noise of the motorway in the background, Baker explains that in the five kilometre zone that bees fly around to forage for food are native trees, people's gardens and city parks that flower year round.

The hive Baker is checking today is thriving but she does find varroa mites, pests that live on bees like fleas on dogs.

"When the bee hatches out of its cell it’s already stuck to its body and it just sucks the life out of it." 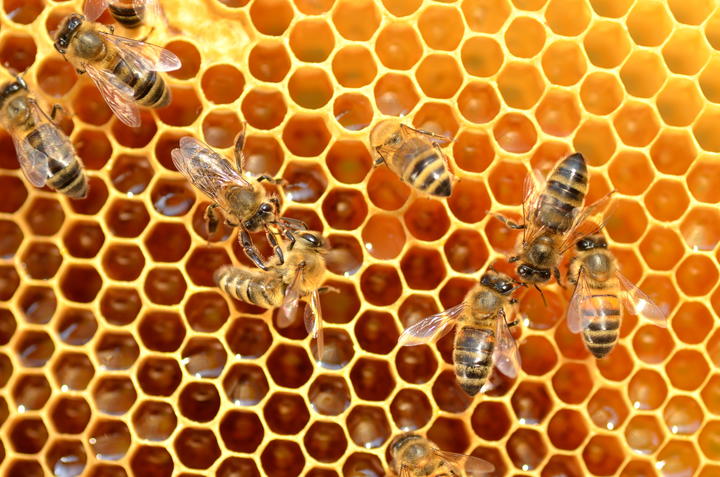 Varroa does not affect the honey, says Baker, and the bees can be treated for it - this hive has varroa strips, a kind of medicine for the bees.

"You put the flea collar on your cat or your dog and it keeps it at bay. It’s the same with the varroa mite. But if a wild swarm was living in a tree it wouldn't be treated for varroa, so it would die."

But there are other threats.

Baker says the bacterial disease, American foulbrood (AFB) could wipe out the industry. When the disease is detected the entire hive including the bees must be burnt to prevent its spread. Wasps, she says, are "evil" because they can break into the hive and eat the baby bees.

Baker has about 50 hives rented out around the city, on office rooftops and in backyards.

"They're all rescue bees, so I spend all springtime driving around Auckland and rescuing swarms of bees. If you find a swarm of bees in your back garden don't call the exterminator, call Bees Up Top and we rescue them for free."

Baker rescues about 100 swarms of bees every springtime, mostly as a result of novice beekeepers failing to do swam control on their hive.

"Beekeeping is hard work .... but it’s so rewarding when you can pull a jar of honey out of the pantry and know that it’s pure, raw honey made in your own back garden."