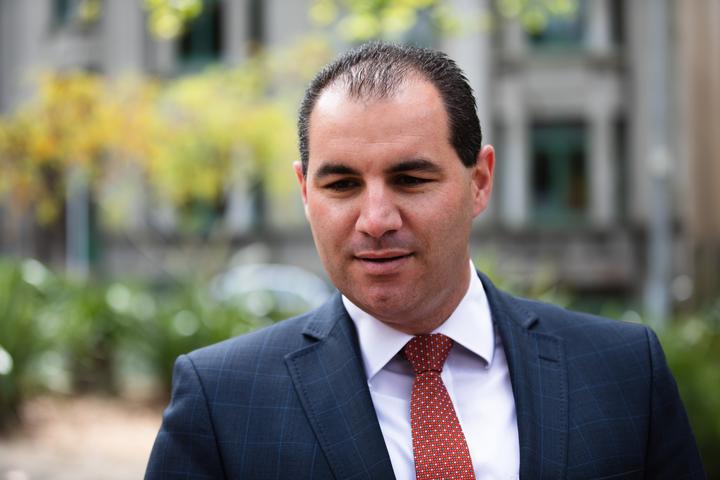 But, as Stuff's Charlie Mitchell has revealed, he's now poised for a comeback.

Most scientists agree 5G poses negligible threat to humans, but in establishing the company - and possibly looking to tap into his political party's partiality for conspiracy theories - Ross has shone a light on a wider consumer issue.

Today on The Detail, Emile Donovan speaks to Mitchell, and to Mark Honeychurch from the Society for Science-based Healthcare, about the lax regulations and enforcement of natural medications in New Zealand.

Our rules around medications and supplements is a matter of language.

If you're selling a product which claims to have a therapeutic purpose - as in, something that will cure or correct an ailment - it falls under the Medicines Act of 1981, and must meet stringent requirements.

In order to sell a pill which you say nullifies headaches, you have to prove it does, in fact, nullify headaches.

However, if you're hawking a supplement which you claim is an innovative combination of ingredients which can boost the body's ability to stave off common ailments and reduce the likelihood of headaches, regulation is much thinner on the ground.

Essentially, the responsibility to investigate these claims falls to the Advertising Standards Authority, says Mark Honeychurch - and while the ASA has a reasonable mechanism to deal with complaints, the lack of enforcement and slap-with-a-wet-bus-ticket penalties mean the market is ripe for exploitation.

"I think the regulations themselves are fine … I think it’s the policing, the enactment," he says. “How are the government departments who are responsible for the Medicines Act and other legislation actually treating their responsibility to ensure that companies are not in breach of the legislation? And most of the time this just isn’t happening.

“For many, many, years this law has just not been applied properly so we’ve ended up with an industry where people selling health products that don’t work just seem to practically get away with saying a lot of nonsense about them.

“People are making millions of dollars, selling something that all evidence shows doesn’t work, to unsuspecting consumers. The people selling this shouldn’t be allowed to say something that’s not true. It’s that simple.”

But Stuff's Charlie Mitchell says this area is complicated: many natural remedies, Mitchell says, do have positive effects for people - but the lack of specificity and regulation mean they get grouped in with modern-day snake oil equivalents.

"Sometimes they’re called complementary medicines," he says. “And some natural products are very good, and are proven to work.” Among them are fish oils and manuka honey.

"The problem is they’re swimming in the sea as all these products, like Praesidium, where there’s just not evidence that they work, and theoretically they shouldn’t.

“And they’re clearly not."

And when prominent people front their sale, and aim their pitches at consumers who also believe in conspiracy theories, “it’s significant,” says Mitchell.