Talking to the Prime Minister 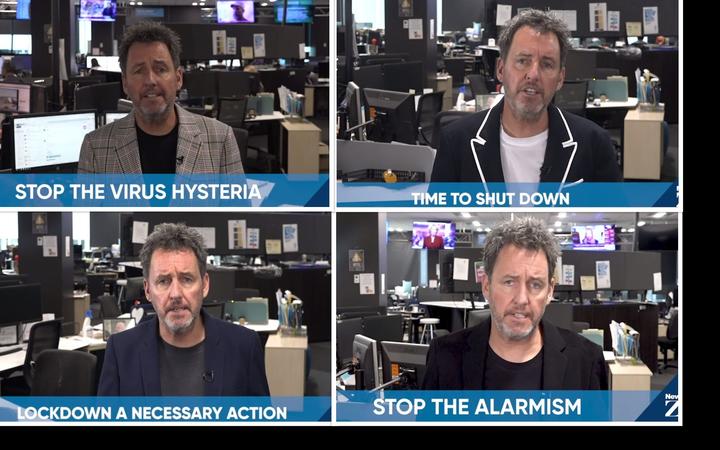 Mike Hosking delivers some of his opinions on the Covid-19 crisis Photo: NZME

If you're the most popular prime minister in years why would you put up with a radio host barking questions at you by appointment every Tuesday?

Because you also promised to be the head of the most transparent government ever and with much power comes much responsibility. That's the analysis of RNZ's head of podcasts Tim Watkin, formerly a producer on both TVNZ's Q+A and Newshub's The Nation co-host of politics podcast Caucus.

Earlier this week, Newstalk ZB's breakfast show host Mike Hosking lashed out at Jacinda Ardern for breaking a 35-year tradition. He claimed she had cancelled her weekly slot with him because she's running scared, "she hates a hard question, she hates fact, she hates accountability, she hates not being fawned over".

Ardern says she can't do everything and people get their news from multiple sources these days.

"What I have tried to do is make sure that I get as much spread as I can."

The regular slot was actually cancelled about four weeks ago and Ardern has appeared on the Hosking show twice since then speaking on issues of "national significance". She also cancelled her regular weekly interview with RNZ's Morning Report but under the new arrangement she is available for an interview once a week to talk about a newsy topic of Report's choosing and at a time of the show's choosing.

Watkin is concerned about the shifting power balance between governments of all stripes and media that has become more fragmented over the years.

In a lively debate with The Detail's Sharon Brettkelly, he argues that Ardern has be willing to front to whichever interviewers news organisations choose. An independent media that isn't dictated to by those elected to serve the people is fundamental to the health of any democracy.

"Even if you see him as the most poorly behaved, rudest interviewer in the country, if you can't handle that then you're in the wrong job."

Watkin, who has produced politics programmes and written about the power battles between the media and politicians, says politicians seem to think they can pick and choose who they answer to, who asks them the questions, and how they deal with the media. He's been critical of previous governments and the unwillingness of senior ministers to front up, especially to one-on-one interviews.

"That troubles me in terms of how we actually run a democracy."

Some commentators are saying this government doesn't look like it can stand up to tough questions.

"When you have been the government that promised to be the most transparent government. They were supposed to break this slide, this slide since the 80s of less and less accountability and the politicians having more and more power over the media, and the reluctance from the politicians to debate and engage and face tough questioning. She had promised to change that," says Watkin.

The Detail also talks to Mike Munro, the former chief press secretary for Helen Clark, who says Ardern has made the right decision. She is not obliged to talk to Hosking and doesn't have to put up with his hostile questions, says Munro.