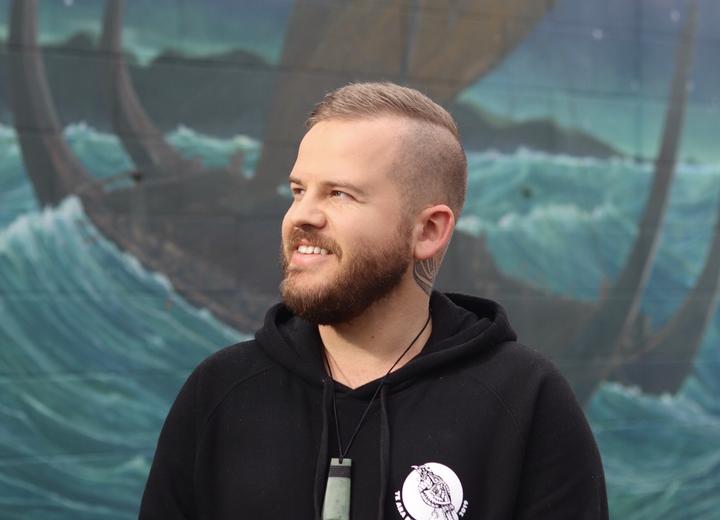 A dark, clear night, and a milky way of glorious stars.

Amateur stargazer Jeremy Rees was in the Marlborough Sounds looking up when a bright light appeared over the horizon. Followed by a second … a third … and a fourth. At first he thought it was a trick of the light.

“They were all exactly equidistant, they were very bright, and they were like a train going across the sky,” he says.

“Here I was in the middle of my Milky Way moment staring at the beauty of nature, and suddenly this sky train goes right in front of my nose.”

Rees was watching Elon Musk’s Starlink, a chain of satellites launched by SpaceX aimed at providing world-wide internet access. By grabbing even a small percentage of a (US) trillion dollar a year global communication industry, Musk is some way towards financing his dream of colonising Mars. He has permission to have 12,000 satellites in orbit in the next five years, but he wants another 30,000 up there on top of that, all circling the globe in low earth orbit. 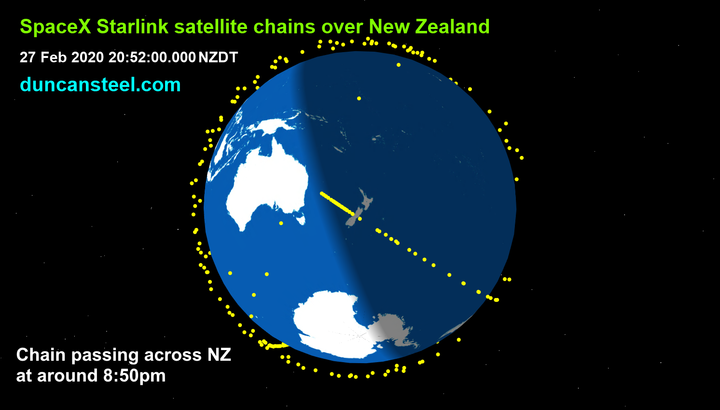 That’s put a number of astronomers on edge, questioning the need for such excess, and asking if he is ruining stargazing for everyone. With so many objects in space, the chances of them hitting each other – or the International Space Station – increases. And some argue the chances of missing warning signs that an asteroid is heading for earth are also increased.

On The Detail today, Alexia Russell talks to Auckland Stardome kaiako o mātai arorangi (astronomy educator) Josh Kirkley about the wonders of – and fears about – Starlink.

“It’s very kind of UFO looking if you don’t know what you’re looking at,” he says.

“Very strange and unusual. Also kind of wondrous to a degree … you don’t see them for long, often.

“This has never been done before – it’s uncharted territory,” he says. “We don’t actually know what all the pros and all the cons are going to be. But there’s a lot on both sides already.” 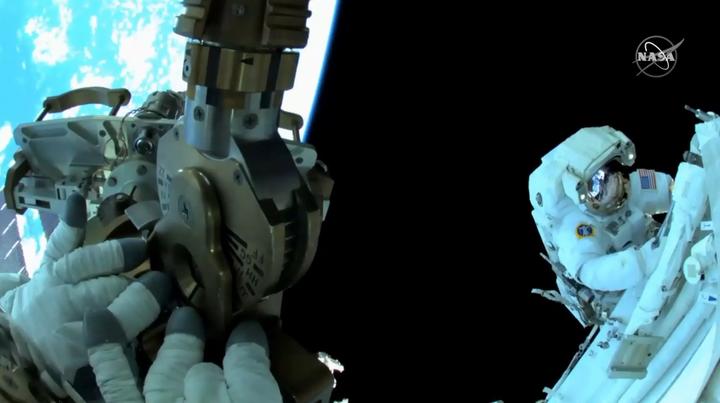 Kirkley explains why we can’t see satellites, including Starlink, in the middle of the night; how realistic the chances are of space junk hitting something; and who makes the rules in space.

“It’s a really new frontier,” he says. “When we look at space, a lot of laws on Earth don’t apply. We have this thing called the Outer Space Treaty that was written back in the space age (the UN agreed on it in 1967) which was basically this arbitrary piece of paper which many nations signed and it said no one really owns anything in space, it’s all for everyone’s benefit. But it’s just a different time, and as things advance, when people start to go back to the moon and we have bases …. and eventually off to Mars, we’re going to need laws.

“It’s the same with space exploration, especially with SpaceX. It’s a private company and a lot of the rules that they have to follow were written pre-them, in eras that don’t really apply to them. “

Meanwhile Josh Kirkley says if you want to track satellites there’s a great website for that – satflare.com – and SpaceX livestreams its launches too.