When Australia and New Zealand take opposite sides 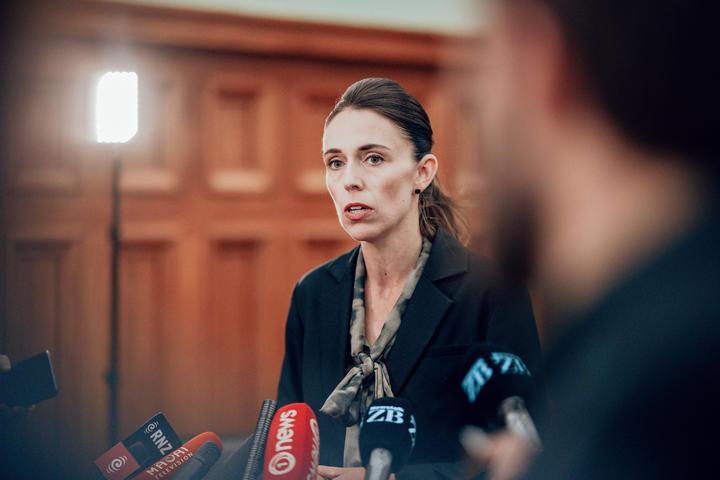 Jacinda Ardern made no attempt to hide her anger over Australia's move. Photo: RNZ / Dom Thomas

In a rare outburst on the tiles at Parliament, our Prime Minister ripped into Australia for exporting its problems - and leaving New Zealand carrying the can.

This time the issue was a woman with dual citizenship branded a terrorist - a so-called ISIS bride. Ardern clearly felt stabbed in the back - the two countries had been talking about her fate before Australia unceremoniously stripped her of her Aussie passport. Suhayra Aden had left New Zealand aged six; she now faces returning here with her two children, without the support of her family.

It's a pattern of behaviour - Australian-raised criminals are being shipped back here in the form of "501"s, an export of not just people but their problems and their gang affiliations.

New Zealand media headlines reflected the unfairness of the situation - "Australia raised a terrorist then dumped her".

What message were Australians getting through their media? How do our trans-Tasman cousins feel about this?

"Well there hasn't been much of a reaction," says Peter Chen, who teaches media and politics at Sydney University.

"It's been covered by some news outlets in Australia but it's really been reported through the lens of, that 'New Zealand is upset' rather than 'this is what Australia has elected to do'. You've got to keep in mind that Australia has been - as New Zealanders well know - deporting New Zealand citizens on character grounds and that regularly gets right up the nose of New Zealanders and is very, very rarely ever reported.

As for any thoughts given to the woman and two children involved - "I think they don't care," he says.

Chen tells Sharon Brettkelly on The Detail today that Australians look upwards and out - they see their near neighbours in the Indo-Pacific, and take little notice of what New Zealand's doing unless it's a natural disaster or a major sporting event... maybe sometimes an election.

Australian-New Zealand historian Philippa Mein Smith is not at all surprised by this turn of events.

"It's just totally in keeping with their general attitude to anything concerning Australian national interests as they perceive them, and particularly border protection," she says. It's an attitude that's hardened in the last 25 years, since the Howard government.

"There's a fundamental difference there between the two countries."

And Chen says while Australians have a very high regard for New Zealanders, there's a growing division between Australia's political conservatism and New Zealand's progressiveness, seen particularly in areas such as indigenous affairs.

In other words what Morrison is doing is good domestic politics. And one thing Morrison is good at, is reading the polls.