The yacht race where millions of dollars sink 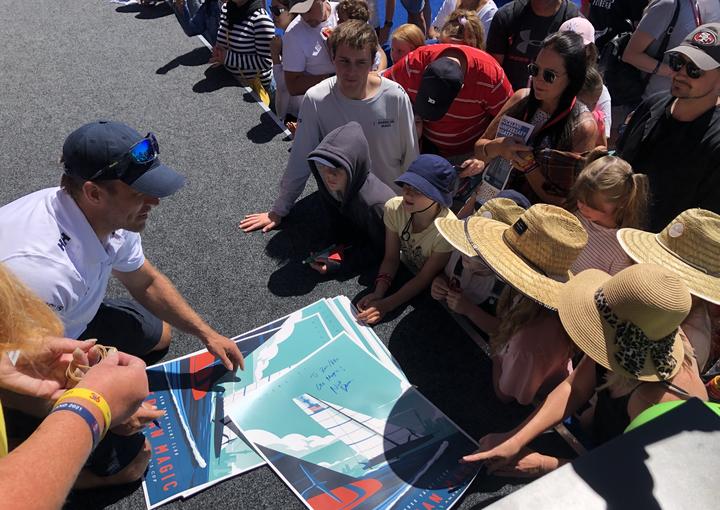 Two hundred thousand people have poured into Auckland's waterfront to watch the 36th America's Cup since racing started in December, but it won't be enough to bring the economic boost of up to $1 billion that was projected before Covid-19 hit.

More than $250 million in public funds from Auckland Council and the government has been spent on infrastructure and the event itself, drawing criticism that taxpayers and ratepayers should not have to support a rich man's sport.

The immediate returns from the event won't be known until it ends in March with a revised report from the Ministry of Business, Innovation and Employment.

"A revised business case is being worked through at the moment which will provide us with a bit of a harsh reality," says Steve Armitage, general manager, destination, at the economic development agency, Auckland Unlimited.

He calls the mega event a godsend and believes the benefits will roll out for years.

"We can't just look at this just from the perspective of the visitors didn't come during the event, that's opportunity lost. What we're seeing now is a captive audience, certainly in the Northern Hemisphere. It's winter up there, many of them are still in lockdown, our product is front and centre and we're already seeing a huge amount of interest in New Zealand off the back of this."

Preliminary international viewing statistics provided to Auckland Unlimited show that around 100 million people watched the four days of December racing, about 25 percent of the total viewership of the whole of AC35, the previous cup in Bermuda. 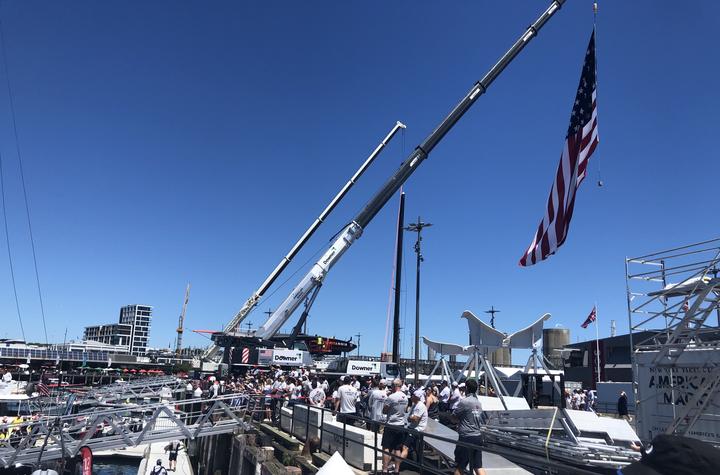 Supporters rally for what turned out to be American Magic's final race. Photo: Sharon Brettkelly

"I think over the next couple of years provided we can bank that level of interest that Auckland and New Zealand now has and convert that into people who come here and contribute to New Zealand, invest in businesses, set up their own businesses here, the long-term payoff will still be there."

Today The Detail mingles with the fans on race day, looks at how the public money is being spent and how it compares to previous America's Cups.

The government invested $136.5m, Auckland Council $113m. Most of the money has gone into infrastructure, with about $40m from the government funding going into the event itself.

In 2017 when the funds were committed up to 26,000 overseas visitors were expected to pump up to $1b into the economy. But fewer than 500 have been let through the border, mostly connected with the racing boats.

"This one is not the biggest and it’s not going to bring the economic boost, but maybe at the top end when Team New Zealand meets the challenger maybe it will turn out to be on a sporting level, one of the great America's Cups," says Stuff's Todd Niall, who has covered the event over the last 20 years in Auckland, Valencia, San Francisco and Bermuda.

Four teams are competing this time - American Magic was knocked out in the Prada Cup semi-finals - compared with almost a dozen in 2007 in Valencia. But size doesn't always matter, says Niall.

"From a purely sporting point of view maybe the greatest event was San Francisco where there were really only two teams and they fought out the most protracted, incredible duel that there's possibly been in the America's Cup," he says.

Niall explains to The Detail's Sharon Brettkelly how a few superyachts and their billionaire owners made it through the borders, and talks about the emptiness of the media centre compared with the previously bustling, international media centres.

In marina revenue alone there’s a drop of about $3m of pre-Covid estimates.

“Covid has really taken out one of the great economic benefits of this event, which was the large number of superyachts that were going to come down here, spend money, get refits done,” says Niall.

In today’s podcast he tells Sharon Brettkelly how a Covid-affected Auckland compares with other cups, and addresses rumours that even if Team New Zealand wins the event will go somewhere else.