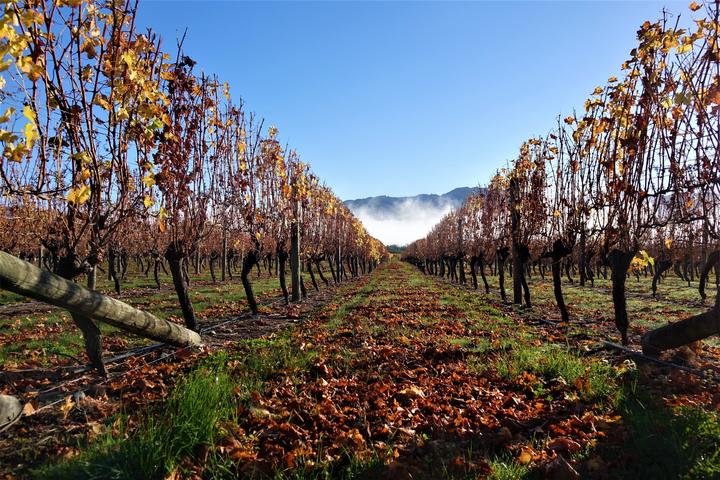 What do a Marlborough utility company and a vineyard with a spotty past have in common?

Possibly, it could be argued, too much.

"Industries like wine do attract people because of the glamour, but actually it can be an extremely difficult industry to make money in,” says the New Zealand Herald's Wellington Business Editor Hamish Rutherford.

He's talking about his investigation into Marlborough Lines and Yealands Wine saga, and what happened when the utility company spent tens of millions on such an unlikely investment.

Today, Rutherford tells The Detail why a local business advisor, David Taylor, is taking court action against the trustees of Marlborough Electric Power Trust, the owner of Marlborough Lines, over the 2015 purchase of Yealands Wines.

Taylor told Rutherford he was concerned the lines company paid too much for Yealands, which has performed poorly in recent years. He believed tens of thousands of consumers and beneficiaries have been disadvantaged and should be compensated for the losses.

"They're trying to find out about who knew what, when. What due diligence was done, what research was done, who declared conflicts, all sorts of things. And did the trustees really hold Marlborough Lines to account," says Rutherford.

He recalls his contacts in financial circles "found it utterly bizarre" when Marlborough Lines announced it had paid $89 million for an 80 percent stake in the wine business five years ago.

"Stuart Smith the Kaikoura MP (covering Marlborough) immediately came out with a public statement saying it was unclear whether a utility company, which is a very simple and organised and regulated business, had the skills to run a wine business - which is all about branding. [There’s] so much more uncertainty in the wine business.

"Immediately it became a head scratcher in terms of how and why these two businesses would fit together."

Marlborough Lines said it was a "good way to make more dividends" at a time when returns on running the electricity business were falling.

Rutherford explains to Sharon Brettkelly how the deal was done without Marlborough Lines knowing that between 2013 and 2015 two senior winemakers had been adding sugar to post-fermentation wine destined for Europe.

"It’s illegal in Europe. That's well known in the industry and the two winemakers, Tamra Kelly Washington and Jeff Fyfe, [were] effectively were taking measures which saved the company time and improved the flavour of the wine - and to do that they had to conceal what they were doing and falsify records," says Rutherford.

A junior staff member who discovered it, raised it with the two and with Peter Yealands. No steps were taken, that person turned whistle-blower; he went to the Ministry for Primary Industries which investigated and found the activity to be illegal.

Rutherford discovered the investigation was underway in early 2018 but when he contacted Marlborough Lines the company quickly went to court to prevent him from reporting it.

"Over time although Yealands has struggled to make trading profits they have consistently revalued up the value of their vineyards. There is basis for that, the price at which vineyards are changing hands in Marlborough and in other areas has been going up and up and up, so there's validity to the value of the company's assets going up, but they haven't been generating a lot of trading profit on making wine."

Rutherford says it was unusual that Marlborough Lines would come to an arrangement to buy out the minority owner in a vineyard when that minority owner was facing charges of deception under the wine act.

In today's Detail Rutherford explains all the twists and turns of the story that could end with a lawsuit against the trustees.