Is RCEP a door-opener or just another acronym to learn? 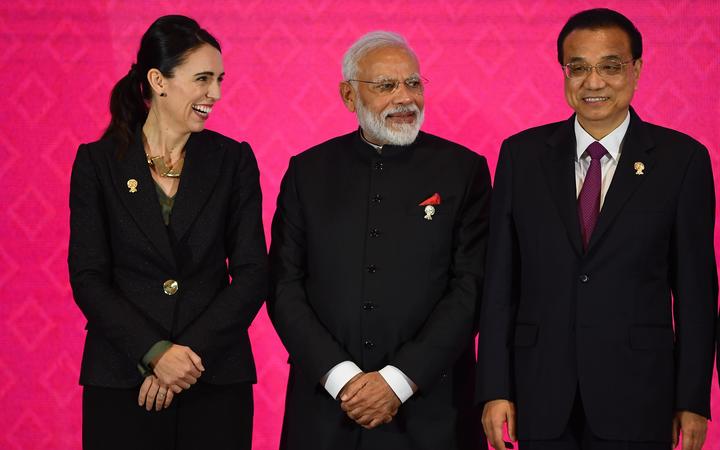 New Zealand has signed onto the world's largest trade deal – which sounds great as a headline – but exactly how we’ll benefit is less clear.

South Korea, Japan, China, Australia and New Zealand make up the rest of the group.

The New Zealand government says the deal holds "significant strategic value", but we already have trade deals with all the countries in RCEP, seven of which are also in the controversial and renamed Comprehensive and Progressive Agreement for Trans-Pacific Partnership (CPTPP).

Sam Sachdeva is the political editor at Newsroom.co.nz and today on The Detail he talks to Jessie Chiang about the ins and outs of the new agreement. He says RCEP does set out common rules and standards for all 15 members.

"At the moment if we want to send a coffee cup that's made here to China or Malaysia or Indonesia, we will have low tariffs but the rules around what sort of inspections the coffee cup has to go through...those can be very different for each country," he says. This deal simplifies things.

But it's taken eight years to get it signed and India, which is the only country New Zealand doesn't have a trade deal with, pulled out at the last minute.

"In terms of the deal itself, it's not fantastic and I think probably everyone would admit that …. even the government, if you talk to ministers privately, it's not as good as it could have been," he says.

Sachdeva breaks down the impact of India pulling the plug, what the deal actually means for New Zealand and whether FOMO (fear of missing out) might work to our advantage.

Chiang also speaks to Stephanie Honey, a former trade negotiator for the New Zealand government who now runs her own trade consulting firm.

She explains why trade deals are so important in the first place and the reason for longwinded acronyms.