One of the most repeated phrases in New Zealand politics has been “don’t write Winston off”. 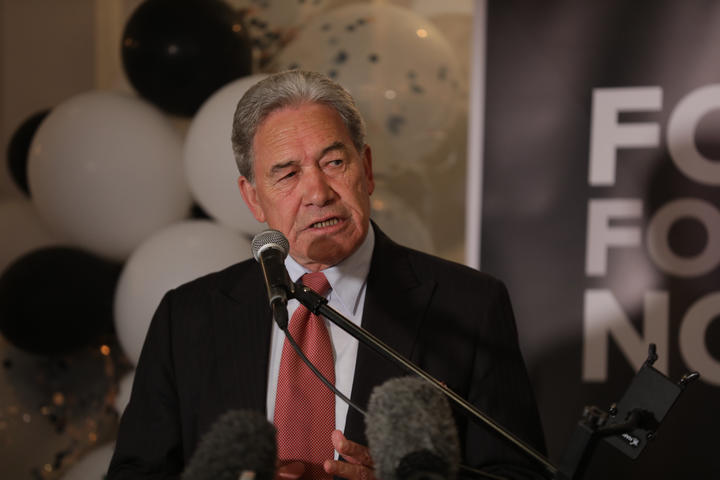 Goodbye ... or is it? Winston Peters in Russell on Saturday night Photo: RNZ / Simon Rogers

But this weekend the polls were right – he is gone.

No seats and no threshold – his party New Zealand First is out, no more queen-making, no more keeping the country waiting at his pleasure while he dithers on a decision.

Today on The Detail Sharon Brettkelly talks to the only parliamentary reporter who has been haunting the Beehive longer than Winston Peters – Newstalk ZB political editor Barry Soper.

He thinks the beginning of the end started three years ago.

“I think his supporters were so disappointed after the last election,” he says.

“Here he went with a party that had about 10 percent less than the National party, and his supporters would have expected him to go with National. He decided… to go with Labour. And there’s only one reason he did that. He can’t stand Bill English and neither could he stand Paula Bennett. So there was no way in the world he was going to go with National, and he anointed Jacinda Ardern as the Prime Minister.

“I would love to know – and of course he’d never tell you – does he rue the day now, given his criticism of Labour and the lack of experience? Well, he chose them, so he had to live with them.”

Peters entered Parliament in 1979 and no, that’s not an election year. The former lawyer won his seat of Hunua after taking High Court action which overturned the 1978 election night result. The move set the tone.

A first time cabinet minister under Jim Bolger in 1990 he was dismissed the following year after criticising his own government. In 1996 he was back and holding the balance of power as the leader of New Zealand First, forming a coalition with National.

There’s been funding scandals, political fallouts, constant sniping at the media, several bouts of rising from the political grave, and in between some solid achievements.

He was famously behind the senior citizens’ gold card, and free doctor visits for pre-schoolers.  He also managed to garner support from the far right for what was seen as his anti-immigration stance.

But Soper says part of his undoing was Peters’ formulaic criticism of his political rivals – “people get tired of it”.

On the other side of the coin he was a good Foreign Minister.

“Condoleezza Rice (former US Secretary of State) used to bat her eyelids at him… and that was the first time the Americans had said we were allies rather than very, very good friends.”

Soper dishes up the inside scoop on his years of interactions with Peters today on The Detail – and tells us if he thinks NZ First will survive without him.