Squeezing us in - the housing crisis is changing expectations 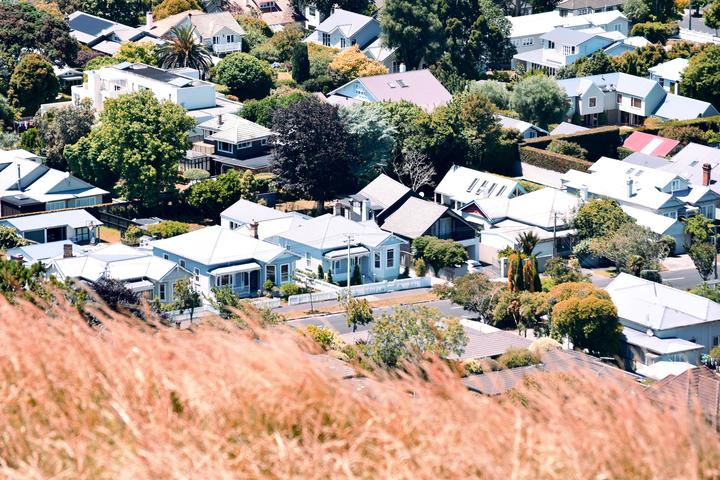 RNZ's Māori Strategy manager Shannon Haunui-Thompson recently bought her first ever home - and it was a bit different from what she envisioned.

"I thought I’d always buy a house with a huge section. A weatherboard, with a white picket fence … just that kind of Kiwi dream. You’d have a garden with some fruit trees, a hedge that you hated cutting … that was the picture I had in my head.

“It took a while for me to get my head around the fact that if we wanted to own a house that wasn’t going to happen because in Auckland, land is key. The more land, the more it costs.”

She’s ended up owning a warm, dry terrace house near excellent public transport, with parks and walkways nearby – in the suburb where she was raised. Her old state house was bowled and replaced with five homes.

“There’s definitely a difference in the vibe because there’s so many people,” she says.

The Kiwi dream of the quarter-acre block is a figment of the past – but are New Zealanders starting to adjust their mindsets?

On today's episode of The Detail, Emile Donovan speaks to architect and urban planner Bill McKay from the University of Auckland about the urgent need to use Auckland's space more efficiently; for people to embrace different types of housing; and for prospective new homeowners to alter their expectations of the sorts of properties they want to buy and live in.

Exactly how urgent is the need to change the way we think about housing? Bill McKay is unequivocal.

"And it's not just young people, it's nurses, people in shops ... everyone. It affects everyone."

McKay traces back contemporary views of what a house should be to the first Labour government.

"They built 30,000 state houses in their first term, but we're not the homogenous population that we were then. We need more diversity."

And how does having a diverse population affect the types of properties a city should be building?

"Families are different ... the most common couple, Stats NZ said last year, was a couple without kids.

"We're always thinking about mum, dad and two kids. Not the same anymore.

"We - everywhere in New Zealand - committed to the car after the Second World War. The American model, of the suburb and using the car.

"We've got plenty of suburbs. If you want a big backyard, you can find one, somewhere.

McKay says New Zealand's banks and property developers need to start thinking outside the box, and consider funding more economical uses of space, such as apartments, townhouses, and co-housing projects.

And prospective homeowners need to recalibrate their expectations too.

"It's always expressed in a bad way, rather than a good way. I see it more as possibilities. Finding what you want.

"I think we need to focus more on life cycles of people. It's not one-size-fits-all, where you live in one house all your life.

"If you're a young couple, you want one thing ... but at some stage you will probably want to go to the suburbs.