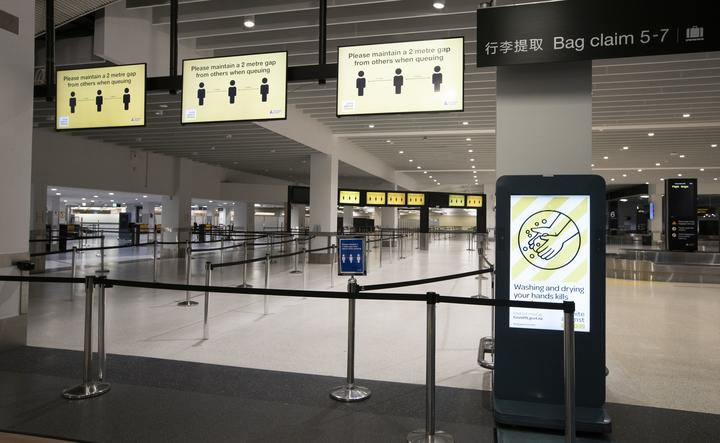 They’re midwives, nurses, teachers, CEOs, engineering professionals, people who work in the service industries … all the industries the country has a shortage in. They’re cutting their overseas adventures short, packing up their lives in more exciting locations, running from rolling lockdowns and heading home.  They’re bringing connections and skills. The kiwi diaspora is reversing.

Today on The Detail Sharon Brettkelly talks to economist Julie Fry, who straddles lives in New York and New Zealand. She looks at migration policy issues.

At the moment the numbers are crazy. We’ve gone from losing nearly 20,000 New Zealanders a year to foreign countries, to gaining 7,200 in the year to March. As the borders closed they continued to arrive, choosing to spend two weeks in a hotel room in isolation to be here.

To be able to predict how many of those people will stay is looking into a very murky crystal ball. “This is decision making under extreme uncertainty,” says Fry. “Who knows when there’ll be a vaccine, who knows whether people will be able to go back to where they’ve come from, everyone’s facing hard choices.”

Julie Fry also dismisses the ideas that returning kiwis are buying houses and pushing up the prices, saying the numbers aren’t there for that. “If you think we’ve got a net gain of 7,200 kiwis relative to an average year where we might have net migration of 56,000 people … numerically you would expect that impact to be smaller. If you look at what population pressures have been from inflows in previous years, it’s just nowhere near that kind of scale.

“The real issue is the lack of housing supply. You can’t blame them for something that’s been going on for years.”

Stats NZ has upped its game during Covid and is collecting more data, faster than it used to. Demographer Kim Dunstan says migration both inwards and outwards is important in lots of ways. It feeds into official population estimates, and it’s widely used as an indicator as a demand for housing.

At the moment daily updates are coming through from Customs, and they’re being published on the Stats NZ website, on the Covid-19 data portal.

A number of citizens may have arrived back intending to stay a few weeks or months, but with pandemic developments they’re staying long enough to be described as migrants.

Brettkelly also talks to recent returnee Jonathan Milne, the new editor of NewsroomPro, who’s brought his family back from a stint in the Cook Islands. He tells her what was behind their decision to uproot earlier than planned and come back home in these uncertain times.

“I think it could be an inspiring and innovating time for New Zealand,” he says.