Should we care that public debt is spiralling out of control? 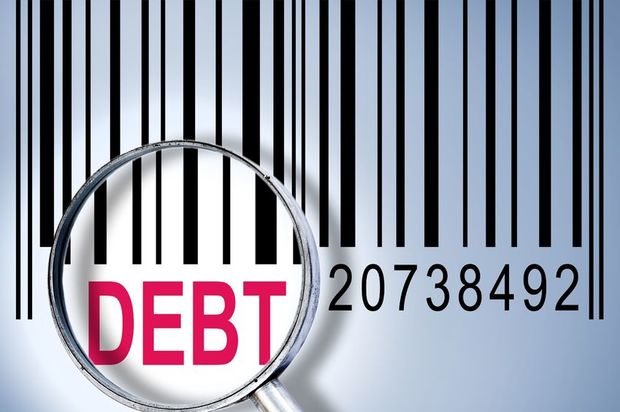 Try to picture a billion of something.

Anything. Grains of sand, raindrops, snowflakes, one dollar coins.

It's tough, right? Once you get into those sorts of numbers they can get a bit abstract.

That's what Treasury's May budget forecast core Crown debt would hit by 2024.

And at a time of great uncertainty, one thing's for sure: if you have a job and you're planning on staying in Aotearoa for the medium-term, you'll be responsible for paying it back.

With such mind-boggling figures thrown around, you'd be forgiven for feeling a bit trepidatious.

But how much does public debt actually affect the lives of average New Zealanders?

On today's episode of The Detail, Emile Donovan speaks to the NZ Herald's business editor Liam Dann about why governments borrow so much money; who their creditors are; whether New Zealand's in good financial health ahead of years of unprecedented borrowing; and why some believe a novel monetary theory could hold the answer.

In the lead up to the 2017 election finance minister Grant Robertson promised to bring New Zealand's net-debt-to-GDP ratio down to 20 percent.

And Robertson followed through: before the Covid crisis, that figure actually went a fraction lower, down to 19 percent in 2019.

But over the next four years it's expected to nearly triple to 53.6 percent of GDP.

Liam Dann says while this might sound terrifying, it's very different - nobody's sending heavies around to Treasury with crowbars.

"You could make the case that whether it's x billion or y billion doesn't have a huge impact, as long as we stay within the kind of parameters that keep confidence in the New Zealand economy."

Other countries, like Japan, run debt-to-GDP ratios in excess of 200 percent. But unlike us, the Japanese are great savers, and that’s also taken into account when assessing a country’s solvency.

And, understandably, there's worry about what might happen if New Zealand gets in over its head, and is then struck by another shock - be it an earthquake, or a financial crisis.

But Dann says there's no point in losing sleep over the state of the country's finances: the numbers might be a lot bigger, but the people who control the levers aren't fiscal cowboys taking out credit all around the wild west with no intention of paying it back.

"I personally think you should try to keep feelings of emotional worry at bay in all things to do with money.

"In your personal finances you can assess your own risk appetite and structure your life so you're not worried about money.

"You have very little control over [crown debt] and the numbers are very big, but ... go and look at America's debt. You could make the case that they are running modern monetary theory.

"They're never going to be able to pay that debt back, but there's a pretence.

"The debt is enormous in all countries all around the world, so I wouldn't feel too worried from New Zealand's perspective.

"Either civilisation collapses, or we're going to sort it out."