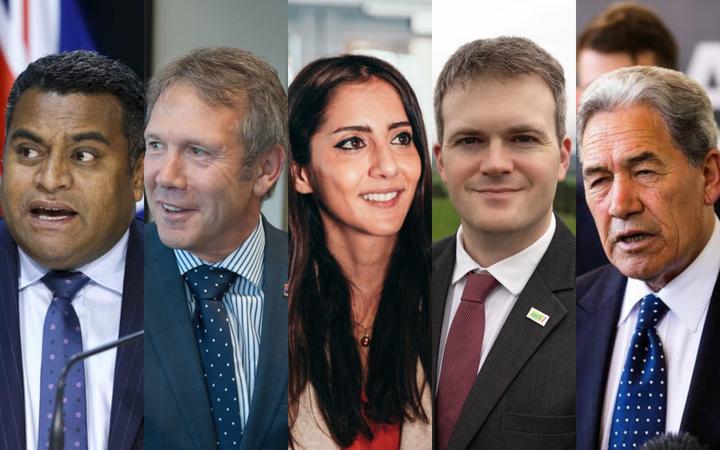 After an extraordinary period when immigration soared to new records the numbers have petered out.

"There was even a day when nobody left the country and no one came in," says RNZ's immigration reporter Gill Bonnett. That’s what lockdown and closed borders did.

Before this we’d had a record high 12 months to June when there was a net gain of 79,400 migrants – described by Bonnett as "monumental".

Even though all is currently quiet on the border, Massey University sociologist Distinguished Professor Paul Spoonley says we need to have conversations now about our immigration policy.

"One of the difficulties that the new government is going to face is that they’re going to have people hammering on their door; universities such as my own that are wanting to see a resumption of international students, or employers who are going to say, ‘look, we can’t get moving again unless we have immigrants’.”

Even with all that covid has thrown at us, unemployed New Zealanders will go nowhere near to alleviating the skills shortage we face.

“Immigration in some form is going to have to be part of our re-build.”

But Spoonley warns that without proper population planning and discussion about immigration the economy will be badly hurt - towns that are stagnating or shrinking will lose more people; industries that are heavily dependent on migrant labour, including aged care and horticulture will suffer.

Bonnett talks to The Detail's Sharon Brettkelly about the political parties' immigration policies and Spoonley explains the events that led to the immigration records and the urgent need for action.

But he says we’re not getting anything from the political parties on what the future of immigration might look like.

Bonnett says the policies and campaigning around immigration are muted compared with 2017. Labour's and National's are centred on the border, the Greens want fairer treatment of immigrants, Act wants to attract ‘extraordinarily skilled people, investors and other productive individuals’ to New Zealand. New Zealand First says it’s time for a reset.

Bonnett says New Zealand is two countries when it comes to immigration.

“If you take those smaller communities, their immigration problems are quite similar to many countries that historically have had very low immigration and that are now trying to attract immigrants in because they will die otherwise.

“The likes of Japan, for example, where you've got such an ageing population that they've now had to go and approach countries like Germany and say, 'Please come and work in our country'. There are places in New Zealand that are like that."

Meanwhile the Government recently put in place a range of immigration policy changes to help fill labour shortages in key industries while ensuring New Zealanders, who have lost jobs due to COVID-19, have the chance to find new employment.

The Supplementary Seasonal Employment (SSE) visa will be automatically given to around 11,000 working holiday visa holders in New Zealand with visas expiring between 1 November 2020 and 31 March 2021. These visas will allow them to work in horticulture and viticulture roles, where there are not enough New Zealanders available to do this work.

Minister Kris Faafoi said the changes would help fill roles that cannot be filled by New Zealanders in the short term, while the industry works on other solutions.

But a leading fruit harvesting organisation, New Zealand Apples and Pears, says even with the changes there won’t be enough workers for the harvest in February.