A kiwi in California and a drama-filled 2020 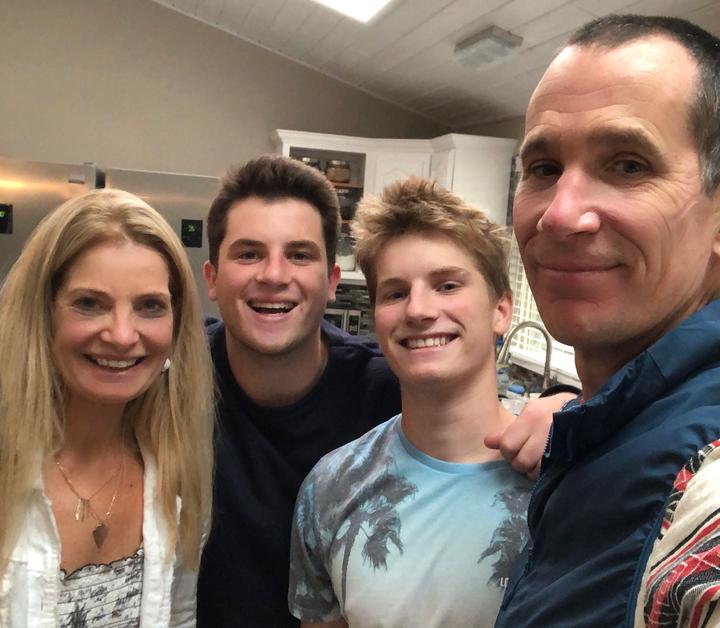 Wildfires, soaring temperatures, a summer of protests, a rogue leader and a pandemic. That's life on America's West Coast.

"It'll be a plague of toads next," says California-based New Zealander Jody Brettkelly.

But it wasn't toads that they were battling on her trip to Oregon, recently. It was "enormous" terrifying fires.

Today, the Detail's Sharon Brettkelly talks to her sister and brother-in-law Kevin Coldiron about coping with crises in California.

The couple decided to escape the dark, orange haze in Oakland caused by weeks of wildfires and headed for the clean air of the high desert and mountains of Bend, Oregon where their eldest son, Harley lives.

"One of my friends called it the apocalyptic Trump orange. There's just ash everywhere, in the garden, all over the lawn and we're breathing all this in," Brettkelly says.

They had decided to drive the eight hours north instead of fly, due to the high Covid risk and the often lax enforcement of mask-wearing on flights. They planned the trip up the West Coast unaware they would be driving into another deadly wildfire crisis in Oregon.

"Honestly, we really weren't even paying attention to it because there's so much going on here, it didn't even make the news," says Coldiron. 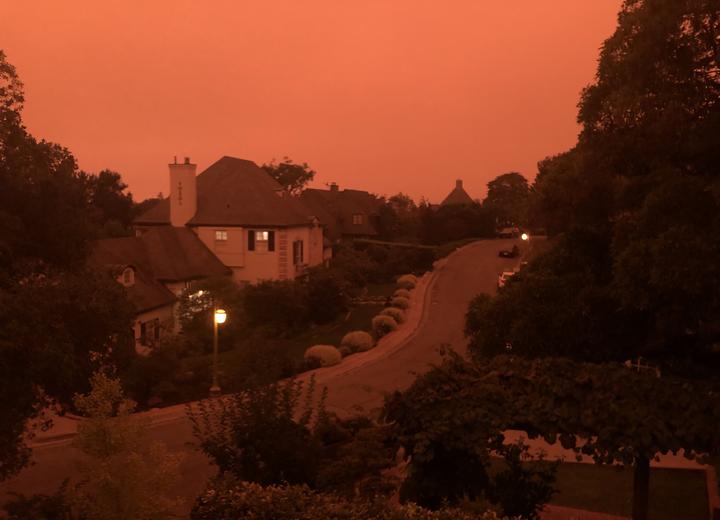 The couple describe the terror of driving in the dark in the Oregon countryside, huge flames on both sides of the road and unable to turn back.

"It seemed to go on and on," says Brettkelly. She describes to The Detail what happened when they arrived at their destination hoping for crisp, clear mountain air.

Back in Oakland, the couple say the record-breaking fires are expected to burn for several more weeks and for many people living in the San Francisco Bay Area they are the last straw.

Coldiron says his cousin has packed up and left for Boise, Idaho.

"The mover said that just in August he'd already moved 12 people from the Bay Area to Idaho, he's basically just driving his truck back and forth," Coldiron says.

"So many people are saying, ‘I can't stand it any more’," says Brettkelly. "Even (California Governor) Gavin Newsom says this is the new normal....it’s going to be next year and the year after. People are saying, why should I stay in the Bay Area where it’s so expensive?"

Their youngest child, Cy, 16, has been home schooling since early March and has no idea when he'll be returning to the classroom.

"Distance learning is pretty tough....it’s about being disciplined, there's no one forcing you to do the work," Cy says.

The good news is he's started surfing as a Covid risk-free sport, and he's taught himself to trade on the stock market with the money he earns from child minding.

Brettkelly says it’s been a "totally s**t year, constant fire and police sirens, scary day and night, you can't go out because the air is terrible, most people are sick of Zoom, the news is terrible and the bottom line is Trump could win again - terrifying! The people that love him, love him, you have never seen such blind devotion. They are also the people who refuse to wear masks".

Bizarrely, says Brettkelly, the house prices in Oakland are "crazy high". She tells the Detail why the prospect of leaving their home of 20 years for good is not easy; and Coldiron explains the positive things he hopes will come from the two crises.