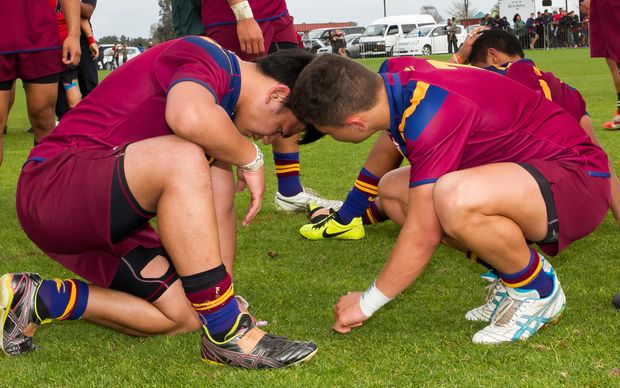 The move to televise school sport is being called ‘catastrophic’ for the future of New Zealand sport in the community, by the journalist investigating it.

But NZME's Dylan Cleaver says it’s not too late to stop it.

Today The Detail looks at the uproar over the move, and the complicated mix of players clashing over who owns school sport.

Waddell signed up about 50 National Sporting Organisations (NSOs), giving him the marketing and commercial rights.

Many are minority sports, ranging from rock climbing to underwater hockey, which struggle to get media traction.

"It’s actually a really good concept that you get some of these sports which barely get any coverage, that now have the opportunity to screen their own events," says Cleaver.

The issue that has caused uproar is that the NSOs have signed away school events, he says, and principals were not consulted.

Caught up in the clash are school principals, sporting organisations including the government agency Sport NZ, School Sport NZ, sporting heroes and the broadcaster itself.

Cleaver says Sky TV is surprised at the backlash.

"To an extent they think they're doing a public service, giving them a platform and some money so they can film their own events and they have a platform to run it on.

"But it’s whether the NSOs had the right to include school sport as part of that. Schools themselves, particularly those in Auckland, would say that no they don't."

Cleaver says the deal means wealthy schools, with facilities and resources, will get better and better – “they’ll pour more and more resource into sport because it’s a very effective marketing tool for them.
And unfortunately – it’s already happening – other schools will not get poorer so much, as they’ll just give up. They just won’t have the pretence of running a robust sports programme.”

Today Cleaver explains the main players behind the deal to The Detail's Sharon Brettkelly, why Auckland school principals were "gobsmacked", and why school sport is on the "slippery slope to pure elitism".