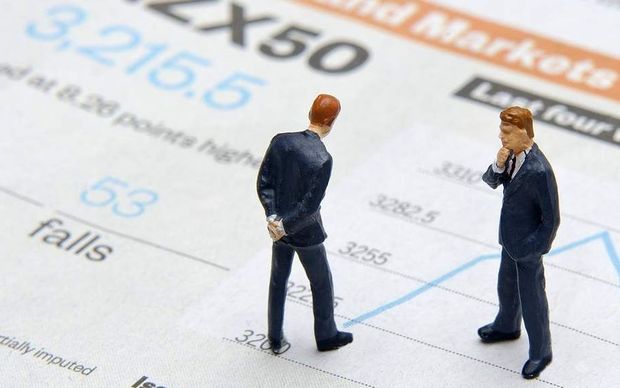 It's been a busy year for the share market.

It plunged 30 percent in mid-March at the height of the Covid outbreak but has now recovered back to near-record highs, amid low interest rates and an inaccessible property market.

The stock exchange's website was shut down five days in a row due to mysterious cyber-attacks from an unknown source.

And disruptor apps are coming of age, opening up the world of investment to people who otherwise might never have dipped their toes in the water.

On today's episode of The Detail, Emile Donovan speaks to Mark Lister from Craigs Investment Partners, and Sharesies acting CEO Leighton Roberts, about how we should read these financial tea leaves, and whether the democratisation of investment carries risks regulators should be paying attention to.

"The stock market is really a collection of businesses that happen to be listed on a public exchange, that everybody can buy and sell on", says Mark Lister.

"When you own a stock, a share or an equity - terms that all mean the same thing - you own a small part of that business.

"This means you will share in the ups and downs of that company: the good things, or the troubles they run into.

"There are two real ways you'll get a return: a dividend, which is your share of the profits ... [or] the share price will go up, hopefully, over time, as the company in question gets bigger.”

It's been a turbulent year for the NZX50: after hitting an all-time high of 12,073 points in mid-February it plummeted back down to 8,409 points in mid-March, before rallying; it's now sitting at 11,844 points as of Monday morning.

This can tell us a bit about where the economy might be headed, says Mark Lister.

"Share markets should be a reflection of ... how the economy is expected to go in the future.

"The share market always looks forward: we've got all these smart people spending a lot of time and energy looking at different businesses and evaluating what their future prospects look like. So the share market does tend to be a good indicator of what the economic environment looks like going forward.

"The one point I'd make is that share markets are not always a perfect reflection of economies: a question lots of people have is how the stock market can be doing so well when the economy has got some issues.

"One answer is that our share market is not a perfect mirror image of what our economy looks like."

Another possible answer is the entrance of a different type of investor, partly driven by the emergence - or maturity, depending on your perspective - of "disruptor" apps, like Sharesies.

Previously, entering the share market might've involved vexatious or intimidating steps like using a stockbroker, or minimal capital investment in the thousands of dollars.

But these apps make it considerably easier for people to invest smaller amount of money, and learn the ropes of their own volition.

However this has led to concerns that some people are pumping "uninformed money" into the markets: investing in companies based on hearsay, or spurious advice from friends or social media figures, rather than conducting their own research.

Sharesies' co-founder and acting chief executive Leighton Roberts says there is some merit to that.

"On one hand, there's the idea that this might be too risky, because investors aren't educated.

"One the other hand [is the idea that] the barriers are too high even to get that education. The reality is that it's not as hard as the industry has made it out to be over time.

"Ultimately, access is so important ... [investment] is good for the economy, it's good for New Zealanders' overall wealth development, and we think it will play a large part in narrowing the wealth gap."