How a digital inclusion policy is widening the inequality gap 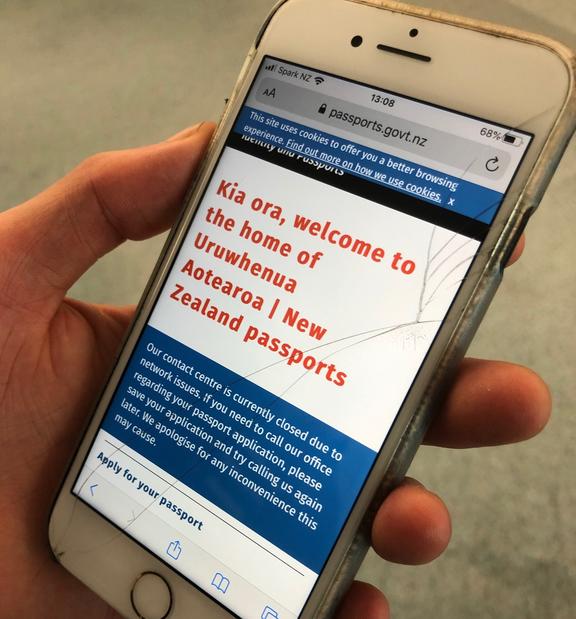 The Citizens Advice Bureau has produced a report revealing huge numbers of people suffer from ‘digital exclusion’ – those who have limited or no access to, or won’t or can’t use digital technology.

Unfortunately for the cash-strapped organisation it was released in February and was promptly swallowed up in the deluge of Covid-19 news.

But in lockdown, the warnings outlined in the ‘Face to Face with Digital Exclusion’ report were exacerbated as everything from schooling, to getting food, subsidies and extra benefits went online.

The report exploded the myth that only the elderly are being left behind by new technology. It found people across all age groups are excluded, and the biggest barrier was poverty. Māori and Pasifika people were clearly over-represented in the figures, as were the disabled, people with English as a second language and who have literacy difficulties.

The 2018 census revealed 10 percent of New Zealanders - more than half a million people - don't have internet access. Ironically that census isn't considered to be reliable because it was largely carried out online.

“Digital is not always best for all people and all situations,” says the CEO of New Zealand’s CABs, Kerry Dalton.

“This very, very clearly points to the fact that there are underlying issues of exclusion and disadvantage in general that get magnified by things being accessible only in the online world.”

Some people also just prefer the security and reassurance of interacting with a human being.

“And what is wrong with that?” Dalton asks.

The CAB report focuses on government departments – public services paid for by the taxpayer which are increasingly being moved to an online-only platform, and allow for cost-cutting and staff-shedding.

Dalton says Internal Affairs, for example, has stopped providing bulk printed passport forms – instead clients who need them are being referred to the Citizens Advice Bureau.  So the CAB bears the cost (without compensation) of printing them off and handing them out.

Dalton says it’s a clear case of cost-shifting onto a volunteer organisation that is facing funding difficulties.

Other examples – the option of completing a paper-based application to Tenancy Services is almost invisible on its website. Immigration NZ is systematically closing its public counter services. MBIE’s system for requesting employment mediation services is an online-only process.

To get a RealMe authentication one client was told he couldn’t use a Gmail address – and told not to use an iPhone or iPad either, but a ‘proper computer’. The KiwiSaver withdrawal process is also a struggle to navigate.

These examples were part of the 4,379 client interactions where volunteers identified digital exclusion over a three month period.

“Taking an approach which says that digital is the answer to everything - and it’s the best answer - creates problems and disadvantage, by excluding some people,” Dalton says.

“Those people are often those who need the most support. They may be harder to serve, but that’s what we rely on the government for, to ensure that those who are most vulnerable are okay.”

The problems outlined in the report were put in stark relief during lockdown for those involved in community groups, and in checking on the welfare of those in deprived areas.

Luella Linaker was in Manurewa where she found cases such as the large family whose only internet device was the son’s phone, and another that had gone hungry for six weeks because they didn’t know how to get help.

Many who did have devices couldn’t afford data or they’d signed up to a plan that was cheap but didn’t provide enough internet power to access what they needed.

Linaker would like to see more telcos developing schemes such as Skinny’s ‘jump’ which provides easy, cheap, mobile broadband for very low costs.