Gloves that protect you at the cost of slavery 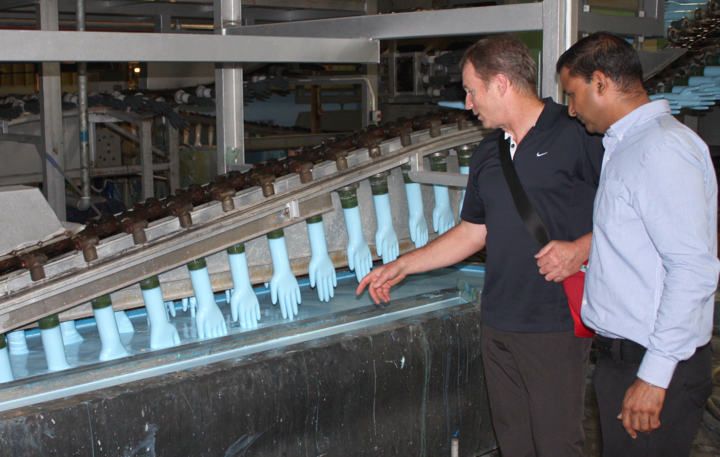 In the middle of a pandemic US border officials have slapped a ban on imports of millions of disposable rubber gloves from the world’s biggest producer, Top Glove. The reason: human rights investigators uncovered modern slavery-like conditions for migrant workers in two of Top Glove’s Malaysian factories.

The ban, imposed last month, lasts until Top Glove can prove to the US government its labour practices meet acceptable international standards.

But what about New Zealand? Can New Zealanders tell whether the gloves and masks they are wearing are ethically sourced and free from forced labour and modern slavery?

The answer is: they can’t.

On today’s episode of The Detail, Nikki Mandow talks to labour rights activist Edward Miller, just back from Malaysia, where he has spent more than four years working with trade unions, and investigating labour practices.  And she speaks to Steve Ardagh, founder and CEO of ethical glove supplier Eagle Protect, about how difficult it is for companies to make sure their supply chains are clean - let alone for consumers to know they aren’t buying products made with forced labour.

Every year, something like 300 billion disposable rubber gloves come off factory production lines, with about two-thirds coming from Malaysia. Many of the workers are migrants - mostly from Nepal, Bangladesh and Myanmar.

In the worst cases uncovered by activists and reporters, migrant workers do 12-hour shifts, seven days a week, for up to 30 days in a row. They earn around $2 an hour.

Worse, says Miller, are the high levels of debt bondage, or recruitment debt - one of the key indicators of modern slavery, according to the International Labour Organisation.

That’s money migrant workers pay agents to get them a job in a Malaysian factory.

“If you are Bangladeshi, you could owe up to $US5000 worth of recruitment debt. That is about what you would make in an entire year, provided you were taking as many hours of overtime as you possibly could,” Miller says. 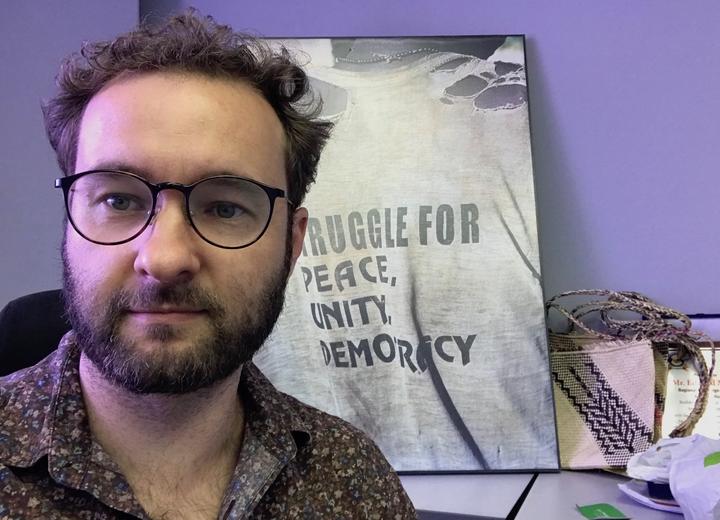 Top Glove says it’s working with US Customs and Border Protection and is making changes to worker conditions, including paying back millions of dollars in recruitment fees to migrant workers.

“We have the best of intentions to improve,” Top Glove managing director Lee Kim Meow told Bloomberg. “We want to do it properly this time and Covid-19 has afforded us the opportunity to do it well.”

Top Glove production records show at least one Kiwi importer is bringing that company’s gloves in here. But Miller says supply chains - both from the Ministry of Health, DHBs, and from private companies - are so opaque it’s pretty hard to tell where the PPE we are wearing comes from.

And although most New Zealand companies ask their suppliers for guarantees their products are ethically made, verification audits are notoriously unreliable, says Steve Ardagh.

“It’s so easy to have a certificate for anything. I’ve seen bogus certificates for products from all around the world in the last three or four months.”

Ardagh says the companies conducting the audits are often paid by the companies being audited. That means they are reluctant to give a bad review, for fear of not getting work in the future.

“Any company that is procuring masks or other protective equipment that wants to avoid forced labour content in those products should not be sourcing them from Xinjiang,” says Scott Nova from the Worker Rights Consortium.

Miller says action like that being taken by the US Customs and Border Protection is critical. But there’s way less possibility of punitive action in New Zealand.

“We don't have regulations or rules that allow us to ban those products on the basis of modern slavery or migrant worker exploitation.”

The new Trans Pacific Partnership free trade agreement does have some rules around labour, but they're only triggered in the context of a trade dispute.

“So you basically have to have a New Zealand-based rubber glove factory which is not engaging in forced labour, to be able to file a complaint.

“What we would like to see is the New Zealand government saying that we're making a commitment to making sure there's no forced labour and migrant worker exploitation in our PPE supply chains.”

At the moment, the government and big companies in New Zealand often buy solely or largely on price, Ardagh says.

“The whole idea of a request for proposal, or RFP, is to get things in bulk, cheap. Everyone’s on a budget and are they willing to pay half a cent more per glove to get a clean and transparent supply chain? In my opinion, no.”

Miller would also like to see more pressure put on importers, big companies and the Government by employees and customers, forcing them to open up their supply chains to scrutiny.

“If you are using rubber gloves in your job on a regular basis, you should talk to your employer and say you are concerned about forced labour and modern slavery and their supply chains.

“Tell them you want some answers and you want to make sure those answers are of a high quality.”