The fierce battle over Himalayan Tahr 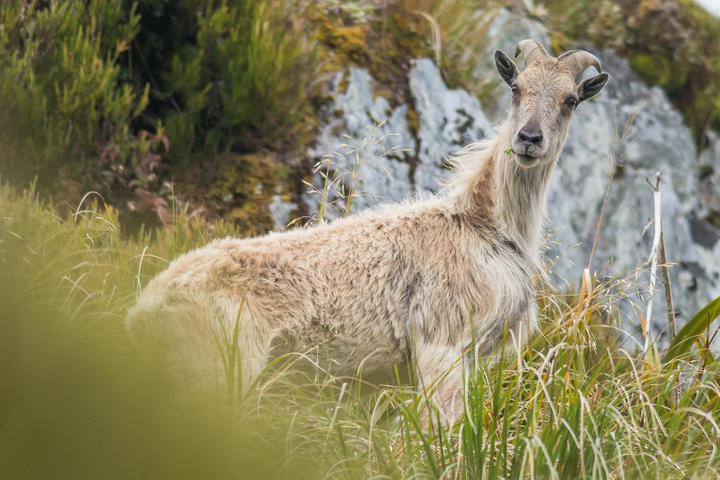 The first court case may be over, but commentators say New Zealand's plan to deal with Himalayan Tahr is antiquated, and needs a serious refresh to avoid more butting heads in the future.

On today's episode of The Detail, Emile Donovan and Jessie Chiang speak to NZ Farmer journalist Neal Wallace, and representatives from the Tahr Foundation, the Department of Conservation, and Forest and Bird about striking the delicate balance between preserving a lucrative hunting industry, and protecting our native flora and fauna.

The Himalayan Tahr was introduced to New Zealand in 1904, and lives in the high country in and around the Aoraki, Mount Aspiring, and Westland national parks in the central and southwestern South Island.

It's a magnificent creature to look at, says Neal Wallace - a bit like a mountain goat with a lion's mane.

But, like many introduced species, the tahr's impact on native plants was never considered: its hardy constitution means it can live off just about any vegetation, and - given it has no natural predators here - its spread is only really limited by its breeding cycle.

Importantly, these plants are used by birds, lizards and insects for feeding and shelter: the Department of Conservation (DOC) says large groups of tahr can transform tall tussocks and subalpine shrublands to a grassy turf or bare ground.

Throughout the 20th century, tahr numbers were kept relatively in check by recreational hunting and a small tahr meat industry - but as numbers continued to rise, an action plan was developed in the early 1990s.

However, over the past decade or so, the number of tahr has spiralled out of control: estimates vary wildly, but a survey of the population in mid-2019 suggested a population of about 35,000 - more than three times what's allowed.

It's likely that number has come down a bit since, following a significant cull in late 2019, but all parties agree there are too many tahr, and the number needs to be reduced.

The disagreement rests on how to go about that work.

DOC came up with a plan that would see some 7500 animals culled over the next year, as well as eradicating all tahr from national parks.

But the Tahr Foundation - a collective of farmers and hunters - pushed back against the plan, saying they weren't properly consulted, and had concerns DOC's plan could jeopardise the commercial tahr hunting industry.

The foundation claims this industry - which is relatively recent - is worth about $100 million annually.

The Tahr Foundation took DOC to the High Court last week, which ruled DOC could carry out a diluted version of its plan, but had to hold back and consult properly with hunters and commercial operators. 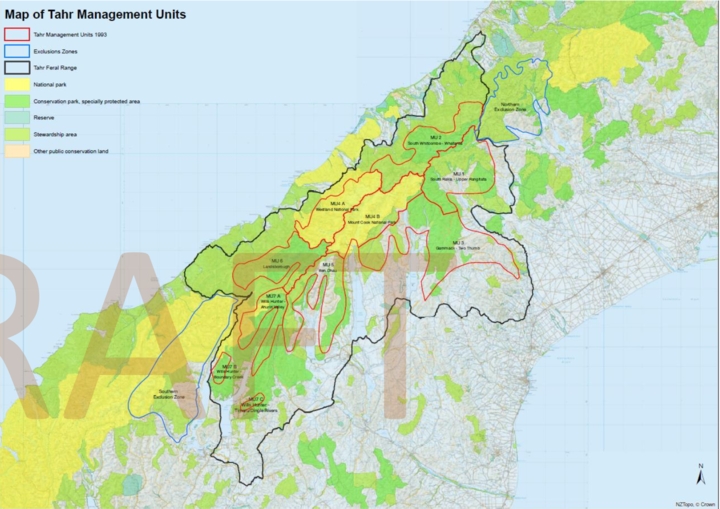 But that isn't the end of the story: environmental lobby group Forest and Bird also plans to take the department to court, saying their plan doesn't go far enough.

Neal Wallace from NZ Farmer says in the past, environmentalists, hunters and DOC have worked together amicably - but the action plan, which is 27 years old, is now antiquated and causing more trouble than it's worth.

"An updated tahr control plan would be a big step forward," he says. “Get the parties around the table and have discussions – there’s plenty of common area … everyone agrees that tahr numbers need to be kept at a level which is lower than what they are now.”

Listen to the full podcast to find out more.