Schools stripped of international cash going back to basics 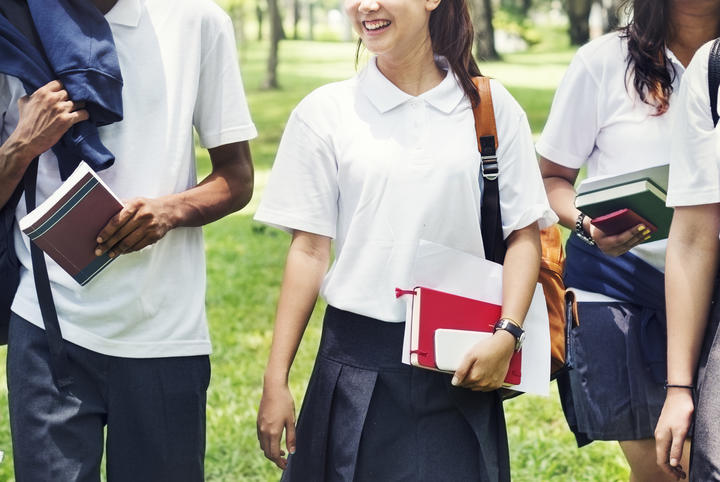 It's our fifth-biggest export earner, contributing more than $5 billion each year to the economy - but the impact of Covid-19 means the international student cash cow could be on its way to the abattoir.

So what are the consequences for secondary schools who make millions each year out of foreign students?

In today's episode of The Detail, Emile Donovan speaks to Macleans College principal Steve Hargreaves and Buller High School's Andrew Basher about the services many high schools are expected to offer, how they're funded, and whether in an age of post-Covid austerity, it's time to forget the frills and go back to basics.

Macleans College is a co-educational, decile nine secondary school in the Auckland suburb of Bucklands Beach with a roll of about 2,500 students.

It's a high-achieving school - consistently among the top performing state secondary schools in Cambridge exam results.

It enjoys well-developed grounds, sophisticated IT systems, offers a range of sporting and subject options to students, and has comprehensive pastoral care systems.

Like all state schools in New Zealand, it receives funding from the ministry of education, which comes in three strands.

The biggest expenditure, teacher salaries, is largely handled by the ministry and Novopay. In 2018, this amounted to about $11 million.

The second, property funding, is for modernising and upgrading school buildings, and varies year-to-year - in 2018, Macleans got just over $2 million.

The third category is school operations - this is essentially discretionary money, which the school can spend how it likes: on scholarships, hiring extra teacher aides, buying sports equipment, and so on. In 2018, Macleans received $3.7 million for operations.

But the school has an ace up its sleeve: international fee-paying students. 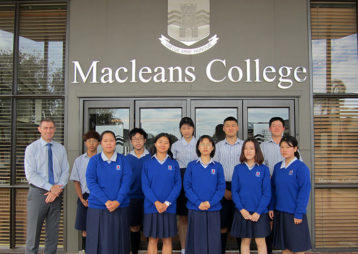 Macleans hosts around 300 foreign students, each paying $19,500 for the privilege - a total of about $5.5 million - and that money goes straight into the discretionary spending coffers, effectively doubling the school's operating budget.

But with Covid-19 jeopardising the future of the international students market, that potential loss of income could mean serious scaling-back for Macleans, and other schools that find themselves in the same boat.

"It's going to mean budget cuts. Staff layoffs. Pruning back what we can offer in terms of renewals of sporting equipment, IT equipment.

"We always contribute more to the maintenance of the school than what the government provides, so we're going to be deferring maintenance around the school."

Certain extra-curricular activities could be on borrowed time too.

"We offer everything, from robotics to underwater hockey.

"But also provision for students' wellbeing and the counselling we can provide. Schools now are feeding students, clothing students. There's a lot more expected of schools across the board."

Does the expected decline in international student fees pose an existential threat to secondary schools? Or will it spur a back-to-basics approach, forcing schools to cut out the frills and focus on a more straightforward, educational remit?

Listen to the full episode to find out.