Are Rocket Lab's enterprises in our national interest? 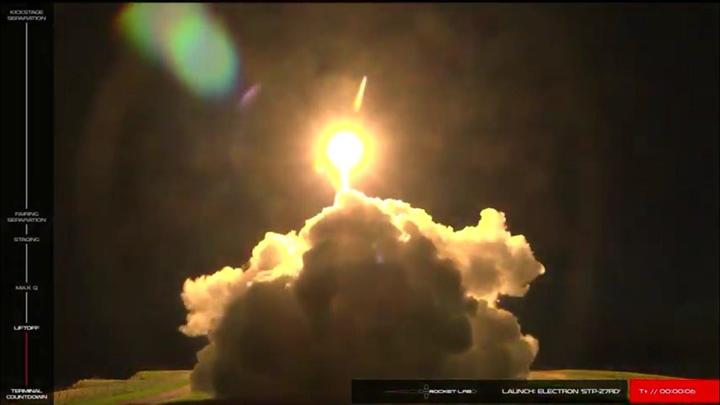 It's one of our most lauded companies: a true New Zealand success story - but how much do we know about what Rocket Lab is carrying into outer space, and who it's carrying that load for?

Today on The Detail, Emile Donovan speaks to investigative journalist Ollie Neas about the company's deep ties with the US military and intelligence agencies, and whether our policies around space launches are in the country's national interests.

Rocket Lab was founded in 2006 by engineer and scientist Peter Beck.

Three years later, in 2009, it became the first private company in the Southern Hemisphere to launch a rocket into outer space, from its idyllic launch site on the Mahia Peninsula, between Napier and Gisborne.

And over the past decade the company has gone from strength to strength: attracting hundreds of millions of dollars in investment from companies like ACC, Callaghan Innovation, and US arms company Lockheed Martin.

Nelson-based investigative journalist Ollie Neas says the company has carved out a niche for itself as a premier space courier company.

"Rocket Lab likes to think of itself as the FedEx of space, essentially. The idea is it has these small rockets that it can launch quickly and cheaply, and that allows people to put satellites into orbit on a much faster basis, and at a far lower price, than in the past."

But Rocket Lab's clientele isn't as varied as its list of investors: in 2010 it was awarded a U.S government contract from the Operationally Responsive Space Office.

Since then it's gone on to deliver payloads on behalf of the National Reconnaissance Office (NRO) - one of the US government's largest intelligence agencies.

It's also carried out work on behalf of the Office of Naval Research - the main research agency for the United States Navy and Marine Corps - and the Defence Advanced Research Projects Agency, which is the Pentagon agency tasked with developing technologies that "maintain and advance the capabilities and technical superiority of the United States military".

This makes sense, in a lot of ways: few companies have the resources or motivation to head into outer space, and as a company looking to return a profit to its shareholders, Rocket Lab is limited in terms of who it works for.

But Ollie Neas says there are questions as to whether allowing payloads intended to help enhance American military and intelligence services to leave our shores is in New Zealand's wider interest.

“When you look at the makeup of the space industry, militaries around the world are a major client,” he says.

“Increasingly private enterprise is getting involved here. In addition to Rocket Lab you’ve got things like Space X, Blue Origin, companies like that. In some cases they’re doing things that government organisations used to do. For example Space X launched some astronauts into space with NASA, that’s a new development. Rocket Lab is launching things that historically have been launched by government agencies.

“There is a difficult question, which is, what would it be like if Rocket Lab took a strong ethical line and said ‘we’re not going to launch for the military any more’? I’m sure that would have a big impact on its profitability. But, in many major companies around the world like in Google and Microsoft employees are really wrangling with these ethical questions …. saying they don’t want to be involved in certain programmes.

“We really should confront these issues, even if the answers aren’t obvious, or easy.”

Listen to the podcast for the full story.